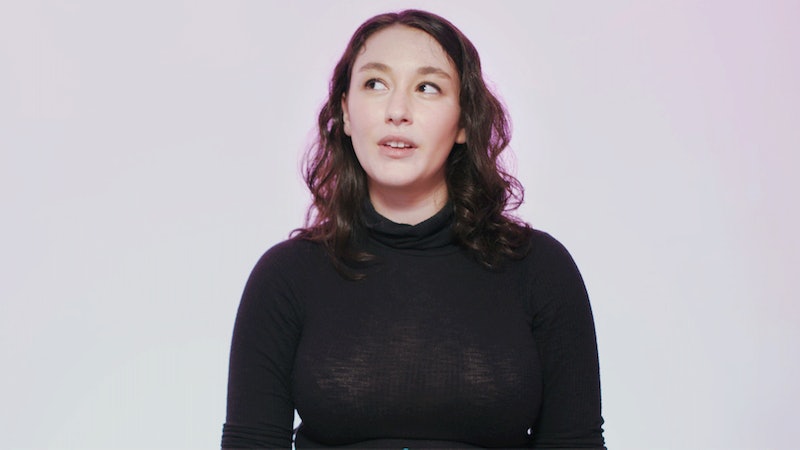 When it comes to dating and making romantic connections, honesty and communication are key. That's why it's so surprising to learn how many millennials are lying on their dating profiles — and why they do it. Bustle's Digital Love, a series that pairs research with real answers to explore dating and relationships in the digital age, explored the reasons why some millennials are fibbing in their bios, especially when the whole point of dating is telling the truth.

Dating app Hinge surveyed its users and found that 38 percent of men and 24 percent of women reported being kittenfished. If you're unfamiliar with the term, it's a variation on catfishing: Instead of pretending to be a totally different person online than you are in real life, you tell little white lies — about your height or age, for example — in the hopes that more people will be interested in you.

If it sounds kind of bleak, don't get too bummed out. Most people are generally honest about who they are on their dating profiles, and if there is some white lying going on, it's usually about insignificant physical details that don't actually matter that much. In other words: sure, men might be more prone to lying about their height, or women might lie by omission about their jobs (one woman in our video says she never lists that she's an actor), but in the grand scheme, these are all things that won't matter as much if you have a real connection.

In this episode of Digital Love, our group of single millennials gets into what they lie about on their profiles, and what lies have been told to them. In general, most agree that a little bit of fudging the truth is par for the course in online dating — you just have to decide what you're cool with and what you're not. Check out their interviews in the video above.

More like this
Everything You Need To Know About Kanye's Post-Kardashian Dating Life
By Bustle Editors
Michael B. Jordan Tackled His "Public Breakup" With Lori Harvey On 'SNL'
By Brad Witter
Selena Gomez Confirms She's Single Amid Drew Taggart Dating Rumors
By Martha Sorren, Jake Viswanath and Jack Irvin
Joey Essex Is Rumoured To Be Dating A 'Love Island' Favourite
By Sam Ramsden
Get Even More From Bustle — Sign Up For The Newsletter
From hair trends to relationship advice, our daily newsletter has everything you need to sound like a person who’s on TikTok, even if you aren’t.