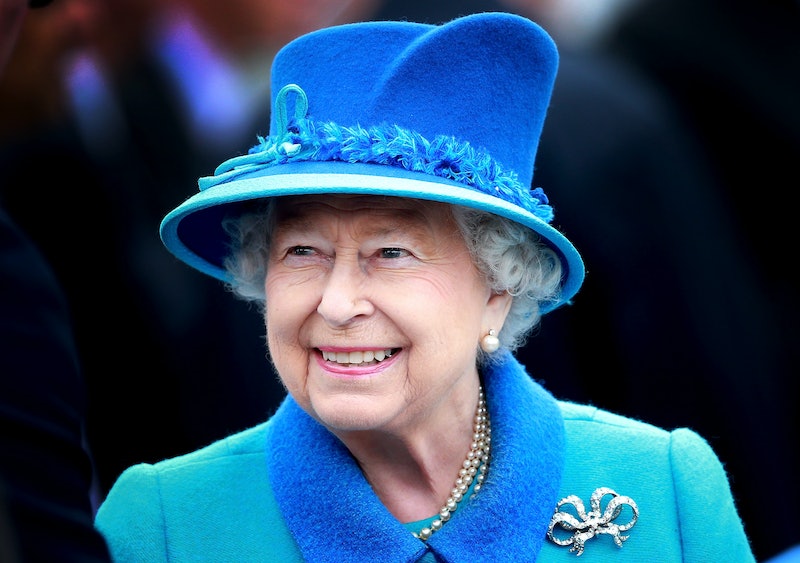 With such a busy schedule, and you know, the weight of the United Kingdom and 14 commonwealths on her shoulders, Her Majesty tends to rely on her routine above all else to keep her healthy and happy, but very little is known about her sleep schedule. While her schedule rarely changes - with the Queen getting a regular eight and a half hours sleep every night - some of us have been left wondering what the monarch’s sleep routine is really like.

As is well-documented, the Queen will start every day at 7:30 a.m. when her maid will enter her bedroom with her morning tea, and she will start to wind down at 9 p.m. when she’s not out and about at an event. Per Crown Chronicles, Her Majesty likes to watch television (some eagle-eyed viewers spotted a Sky Box in the background of some of her lockdown Zoom calls) to finish off the day, and her favourites include Downton Abbey, Last of the Summer Wine, and Dad’s Army.

After some well-earned relaxation, the Queen retires to bed at 11 p.m., ready for that habitual eight and a half hours slumper, which puts her right in the middle of the recommended amount of sleep, between seven and nine hours.

Glencraft Aberdeen, a luxury mattress supplier, has a royal warrant by appointment to Her Majesty, so whilst we don’t know for certain, it would be a safe bet to assume that at least some of her pillows and mattresses come from there. A combination of other fine linens, upholstery, and soft furnishing companies are likely to make up the choice of bedding across the Queen’s residences. Dorma, Heirloom, and Hypnos are all organisations which hold a royal warrant by appointment to the Queen.

When it comes to the Queen’s nightwear, it almost feels a little wrong to imagine the monarch lounging around in her pyjamas, but costume designer Amy Roberts brought the more private side of the Queen to life in The Crown. “I guess I do imagine her being mumsy and cozy,” Roberts told Town & Country, which translated into matching nighties and dressing gowns in floral patterns for the show.

The only true-life insight into what the Queen wears to bed actually comes from quite the unlikely source. The infamous intruder, Michael Fagan, was able to get as far as the Queen’s bedroom when he broke into Buckingham Palace at around 7 a.m. in 1982, and in doing so became the only other man to see the Queen in her pyjamas other than her husband, the Duke of Edinburgh. “Her nightie was one of those Liberty prints, and it was down to her knees,” Fagan told The Independent in 2020.