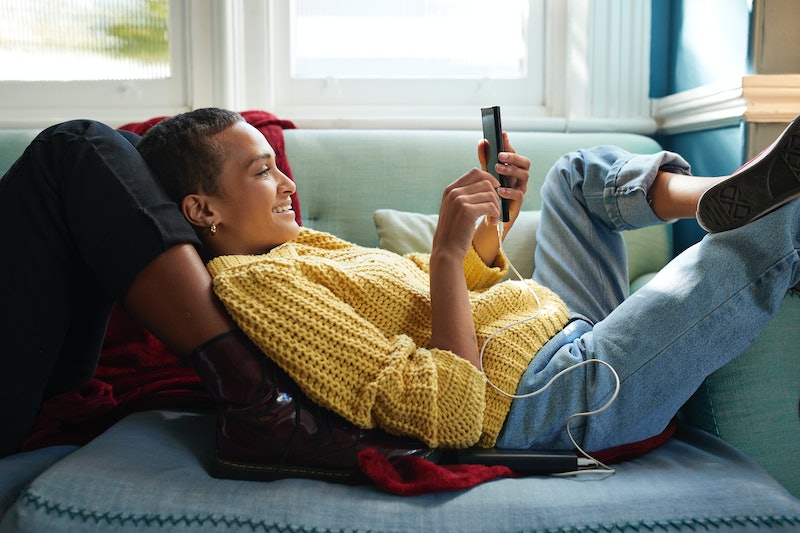 In today’s issue of “things that Gen Z has cancelled for Millennials and older generations,” the young teens and 20-somethings are now coming for emojis. First they came for our side partings, then our skinny jeans, and then made a habit of coming for just about anything they considered fell under “cheugy” (the Gen Z version of “basic” things like Live Laugh Love decals, being an adult Disney fan and Ugg Boots, to name a few), but now they’re coming for our emojis, in particular: the smiley face.

What now? I hear you ask. They’ve already reduced us Millennials to avocado-eating Harry Potter obsessives who have a hard time #adulting, can’t Gen Z give us a break? Well, they have really strong opinions about the use of the smiley face emoji, in particular Apple’s yellow, wide eyed grinning emoji. So what is it about the smiley face that is so wrong?

One study by consultancy firm McKinsey & Company found that the four core values that the survey produced were anchored in the “generation’s search for truth”. “Gen Zers value individual expression and avoid labels,” said the study. And it turns out that the quest for truth and expression pays particular attention to “the efficacy of dialogue” which applies to how and when Gen-Z and younger millennials use emojis.

So when is a smiley face not just a smiley face? To millennials, the ubiquitous smiling face emoji usually means something good, a positive sentiment, or happy emotions. Unfortunately, if that’s you, I can tell you’re nearing or over the age of 30. For the Gen Z generation and “cuspers” (young Millennials, or older Gen Zers), that smiley face popping up in a text or email is actually seen as patronising or passive-aggressive, as they tend to use the emoji to convey sarcasm or irony.

“A smiley face emoji at the end of a message is a patronising pat on the head from somebody who wishes you nothing but ill fortune,” wrote The Guardian. 21-year-old Hafeezat Bishi, an intern in the US, told WSJ that she felt taken aback when her co-workers welcomed her to the team with a smiley face, “I had to remember they are older, because I use it sarcastically,” she said, explaining that she sees the smile emoji as “dismissive”. Oops. I’d like to take this opportunity to apologise to the youths I may have insulted along my jolly Millennial way.

Of course the smiley face wasn’t always just an emoji. It actually has a steeper history that’s older than any Gen Z. According to The Guardian, the smiley face was invented in 1963 “as a cheap way to improve the morale of State Mutual Life Assurance Company workers, then licensed to a company that, by 2017, was making £300m from it annually.” It became an icon of acid house and pop culture adopted it in every decade since, from The Watchmen to Nirvana’s crossed eyes smiley.

Whilst emojis were once used to portray tone in a text-based communication, they’re only used sarcastically now, say Gen Z But what do they use instead? How do you navigate this intergenerational minefield if the communication means different things to different people? The skull-and-crossbones or skull emoji is Gen Z’s emoji of choice for expressing how funny they find something. It means: “I’m dead”, so write that one down in your Hufflepuff notebook for later, and try not to use the smiley when speaking to young people, OK?

More like this
Everything To Know About 'The Last Of Us' TV Adaptation
By Sophie McEvoy and Radhika Menon
26 Ghost Story Podcasts To Get You Ready For Halloween
By Jessica Booth, Mia Mercado, JR Thorpe and Emma Carey
20 Smart Devices Under $35 That’ll Change The Entire Vibe Of Your Home
By Emma Carey
Here's How To Get Your iPhone To Update Automatically Forever
By Emma Carey
Get The Very Best Of Bustle/UK