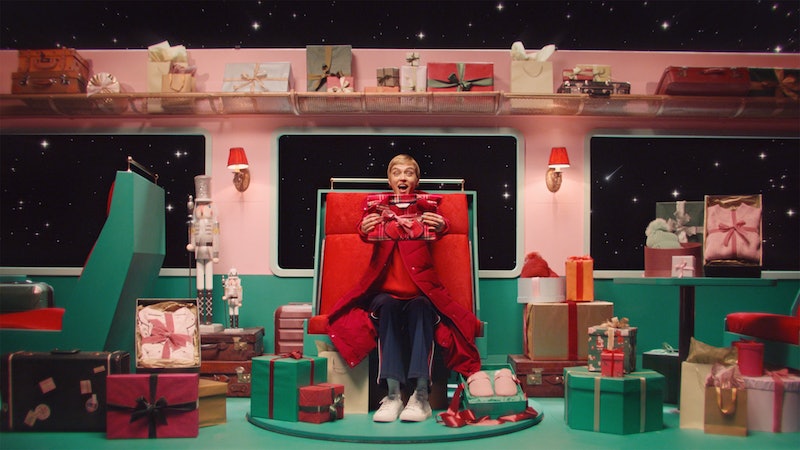 Maybe after the year we’ve all had, the big-name stores sensed we needed a little help getting into the festive spirit. Along with TK Maxx, Boots, and John Lewis, Marks & Spencer launched its Christmas adverts earlier than normal this year, too. A continuation of the brand’s “Anything but Ordinary” platform launched for Autumn/Winter, Marks & Spencer’s clothing campaign is a dreamy festive escape.

In a move akin to C.S.Lewis’ Alice In Wonderland, actress Madisyn Ritland jumps into a puddle to escape a dreary street, and finds a whimsical musical world below, dancing through the iconic moments of Christmas, from meeting up with friends, to putting up a Christmas tree with family, to opening presents in pyjamas on Christmas morning. Shot by Autumn de Wilde, the M&S Christmas advert shares all of the festive styles the brand has to offer, all set to a classic Christmas song.

The aptly titled “A Marshmallow World” sung by Darlene Love soundtracks the joyous celebration of Christmas. First recorded by Bing Crosby in 1950, “A Marshmallow World” is often considered a Christmas classic, despite there being no mention of the holiday in its lyrics. Instead, the song compares snowfall to marshmallows and whipped cream covering the ground, has a pretty Christmassy rhythm, and the all-too-familiar sound of sleigh bells, which still feels pretty festive in my opinion.

Darlene Love’s version of the song was featured on the 1963 compilation album A Christmas Gift for You from Phil Spector and showcases Love’s soul vocals, the perfect accompaniment for inducing that fuzzy festive feeling.