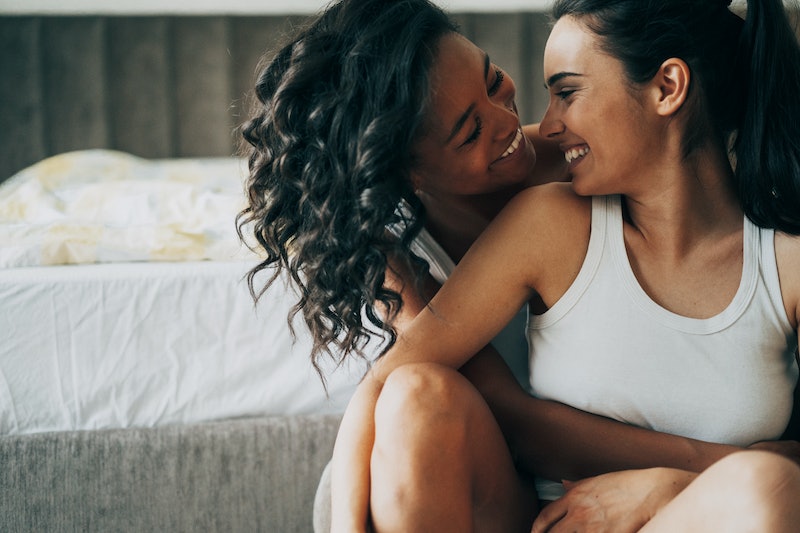 There's plenty of fish in the sea, but the three zodiac signs most attracted to Pisces know that the zodiac's fish is the ultimate catch. Being loved by a Pisces can be the greatest thing in the world. They’re loving, sensitive, and sweet. They care very deeply and give their all to their partner without expecting too much in return. As one of the most intuitive signs in the zodiac, they just know when their partner is feeling off and will always do what they can to turn their day around. Plus, they’re very creative, romantic, and will always treat each date as a special occasion. It’s no wonder why signs like Taurus, Virgo, and Capricorn find Pisces hard to resist.

"Kurt Cobain was a Pisces, and he's kind of emblematic of the sign — sad, sensitive, mysterious, otherworldly, and alluring," astrologer Clarisse Monahan tells Bustle. "Pisces rules the 12th House in astrology, which governs everything related to our unconscious. They're also ruled by nebulous Neptune, which adds to their mystical nature."

According to Monahan, people tend to be attracted to Pisces because they're extremely empathetic, generous, and emotional. They’re the first people you want to call when you’re having a bad day because their energy is very healing and soothing. It’s easy to open up and be vulnerable around them. They’re very kind, nonjudgmental, and forgiving. They also choose to see the best in everyone.

When it comes to love, they tend to go very deep, and it’s not uncommon for a Pisces to make their partner their entire world. While that may be a total turn off to an incompatible zodiac match like Sagittarius or Aquarius, that won’t scare away the following signs. So here are the three zodiac signs most into Pisces, according to Monahan.