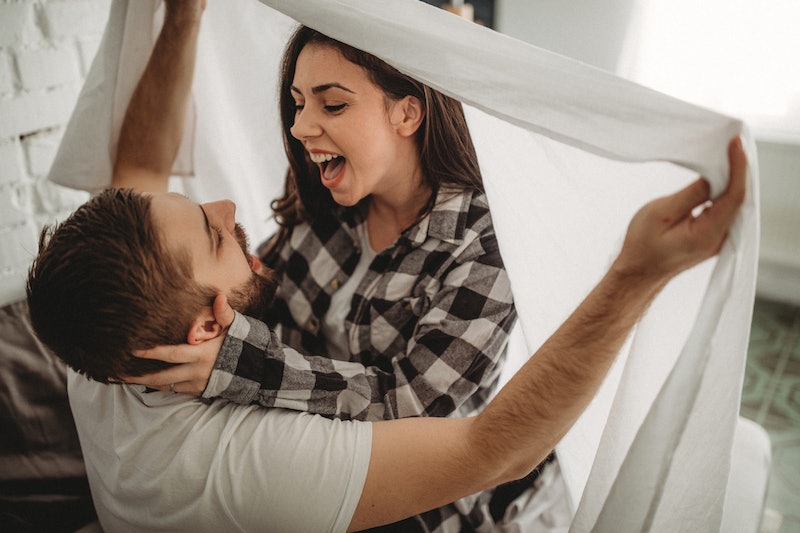 For anyone daydreaming about having sex with a celebrity, allow me to introduce you to Leo. No, Not that Leo — the showstopping royal lion of the zodiac. Sex with a Leo can be described as fiery, passionate, and a lot of fun. Leos aren’t afraid to get creative in the bedroom and love nothing more than putting on a good show. They’re also romantic, sweet, and genuinely enjoy catering to their partner's wants and needs. Anyone would be lucky to get with a Leo. But if you’re an Aries, Gemini, or Aquarius, in particular, you’ll be in for the time of your life. According to astrologers, these three zodiac signs are most sexually compatible with Leo.

"Leo is the very definition of 'role play' in the bedroom," Philip Young, Ph.D., astrologer and spiritual advisor at AskAstrology, tells Bustle. "Performance, performance, performance; that's the name of their foreplay game. One of Leo's biggest turn-ons is your attention to your appearance and theirs. There needs to be a playfulness in the sexual encounter as well, hence the fun with role-playing, costuming, and settings. Shooting some video is also a turn on."

But before you can even get there with them, Young says you want to take them out on the town or let them take you out first. After all, Leo is one of the most romantic signs in the zodiac. If you make them feel special during the date, they'll happily return the favor later in bed. With that said, here are the three most sexually compatible signs for Leo, according to Young.