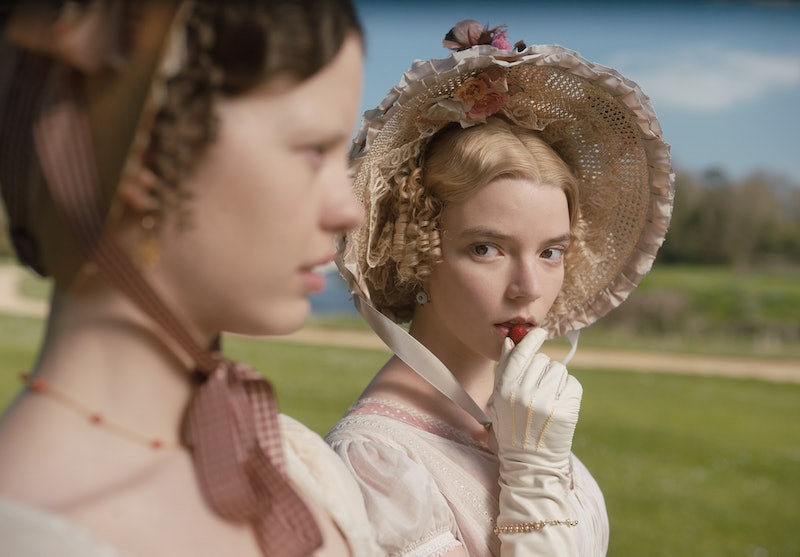 New film adaptations of Jane Austen's novels come around every couple of years or so. Her stories are filled with such wit and romance that costume designers, production designers, and actors alike can't resist bringing their flourishes back to the big screen. 2020's adaptation du jour is Emma, which opens Feb. 21 and stars Anya Taylor-Joy as the titular matchmaker. Few Austen adaptations, however, have been directed by women, so it's a refreshing feat that the latest offering comes from photographer Autumn de Wilde, who is making her feature directorial debut.

Austen movies have an addicting quality, which is why after seeing Emma, you might go searching for more. And you'll have plenty to choose from. Some of which don't even take place during Austen's Georgian time period, or in England at all. Just take Clueless, Bride & Prejudice, or Pride and Prejudice and Zombies, all of which are playful adaptations of these classic stories. But in this case, we're sticking to the originals.

Bustle has curated the definitive list of the best Austen films to watch after Emma, that, for the most part, adhere to the time period in which the books are set and lack any fantastical added elements. So if you need some more Austen movies in your life, check out these Austen movie adaptations streaming now.