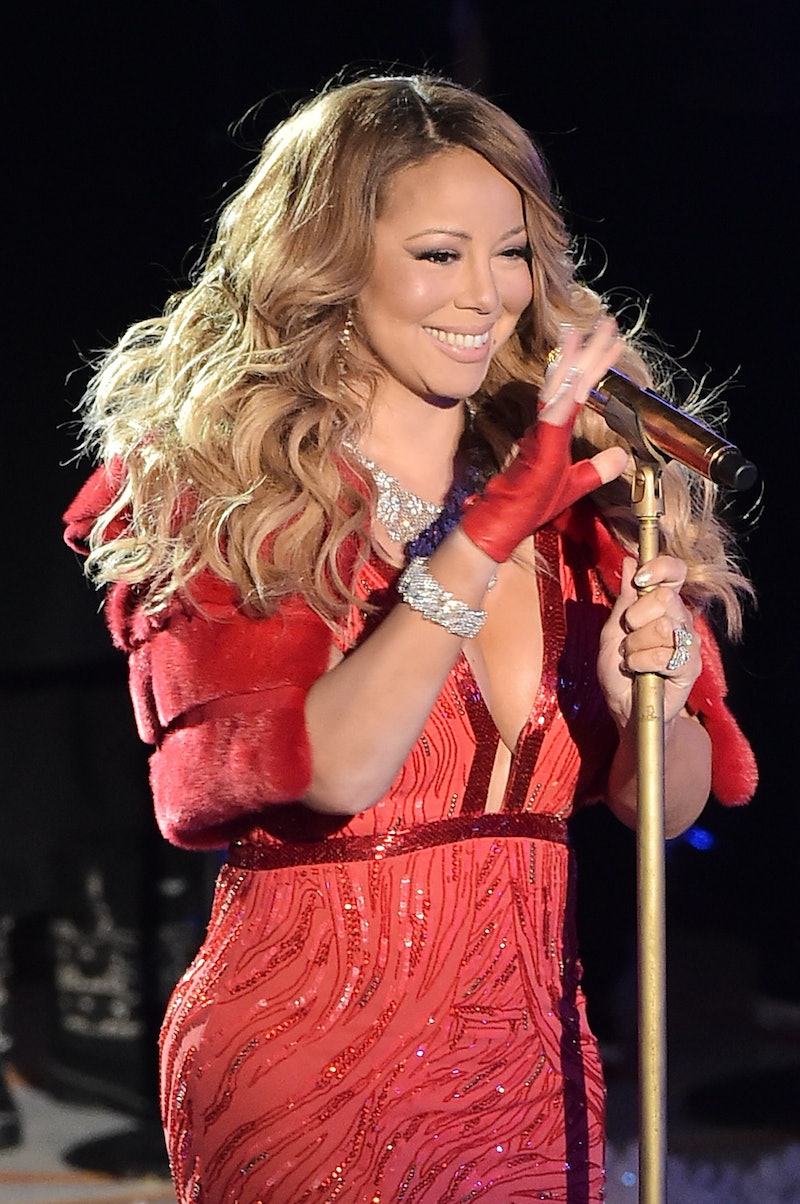 It's officially Christmas season, which means that blasting Christmas music during your morning commute will no longer earn you weird looks from your fellow commuters. That is, depending on what songs you listen to. If, for example, you choose to sing one of these 11 creepy Christmas music lyrics, you could be at risk of getting kicked out. It might be socially acceptable to listen to Christmas music after Thanksgiving, but these creepy lyrics will never be OK, no matter how much we might want them to be.

Christmas songs — both traditional and contemporary — are generally full of creepy lyrics. When you're young, it's easy to overlook the creep factor of Christmas songs, but over the years, it's become obvious that there are plenty of Christmas music lyrics that are way creepier than you realized. Santa might be a jolly old man, but he's also kind of a perv. ("He sees you when you're sleeping"? Come on!) And all this talk of meeting under the mistletoe feels a bit forced, if you asked me. Sure, you could argue that Christmas songs are all written with only the innocent themes of forgiveness and love and magic in mind, but that doesn't change the fact that, if you stop and think for a second, some classic Christmas music lyrics get very creepy very fast.

More like this
9 Of The Thirstiest Lyrics From Harry Styles' New Album
By El Hunt
The Subject Of Harry Styles' "Matilda" Might Not Know It's About Them
By Frances Stewart
Stormi Just Walked A Red Carpet With Mommy Kylie Jenner & Daddy Travis Scott
By Hugh McIntyre
Is Megan Fox Pregnant? MGK Gave A Shout-Out To Their “Unborn Child” Onstage
By Hugh McIntyre
Get Even More From Bustle — Sign Up For The Newsletter