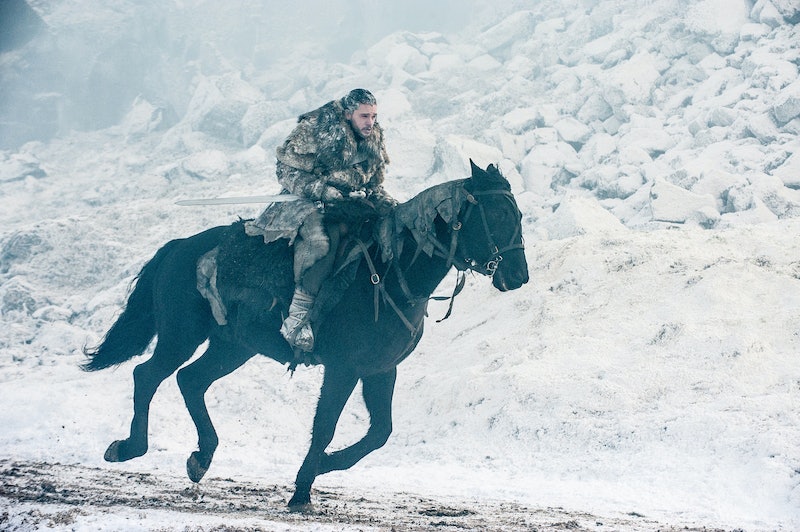 Time for a few deep breaths. Have you recovered from Season 7 yet? Complete with ice dragons and that all-important aunt-nephew hook-up, it was the most eventful installment yet. So no wonder people are already developing theories about how Game Of Thrones will end in Season 8, despite the fact that, according to Vox, filming won't end until August 2018 (or later), meaning there's a chance we might not get a Game Of Thrones Season 8 release date until 2019.

Given that the latest chapter of the story is still so fresh in fans' minds, it's no wonder they've been combing the seven episodes for every last clue as to what we'll be getting the next time round. And it's hard to blame GoT fans for their enthusiasm. Considering the shedload of cliffhangers they got — from Cersei double crossing the other potential contenders for the Iron Throne, to Littlefinger's murder, to the Hound threatening Ser Clegane — the brains behind the show have set us up for the most action-packed season possible. So, who will be the Prince That Was Promised? Who will take the Iron Throne? And are there more twists and turns to come? Let the theorizing begin.