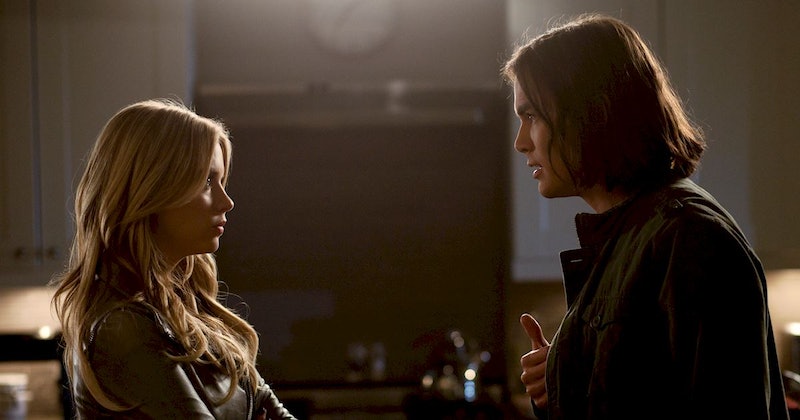 Being a Pretty Little Liars fan is a lot like being on a rollercoaster of emotions. While we've seen break ups and make ups, one relationship in going pretty strong even in the last season of the show. Yep, I'm talking about the hopeless romantic encounters between Hanna and Caleb, otherwise known as Haleb. There were 11 Haleb Moments in Pretty Little Liars, in particular, that had us believing in love again. Sure, Caleb and Hanna aren't perfect by any means but what couple is? I'll admit I was the first person who was super frustrated about Caleb and Spencer during the moment they broke the ultimate code.

It's clear that's a thing of the past, but now we can relish in the potential for Hanna and Caleb to last a lifetime and that's definitely something worth celebrating. They've gone through so much together from harmlessly picking on each other in school to the first time they said "I love you." Their love is totally true. I'm constantly impressed with the way the two are making sure that they take each other's feelings into account and regardless of if there's a crazed killer on the loose after them, their love prevails.

These are 11 particular moments that really sum up the type of love they have and why it works for them.