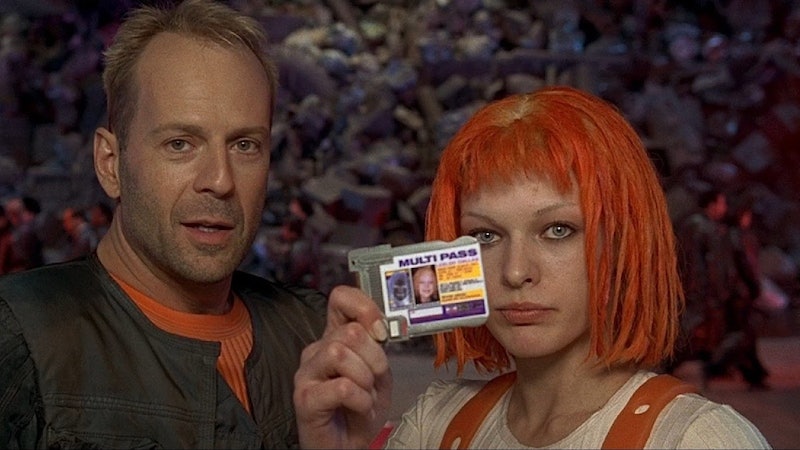 The history of space travel is male-dominated, but only because the contributions of men tend to be written about while the achievements made by women get ignored. If Hidden Figures has proved anything, though, it's that women have been behind the scenes of the space race and involved in the inner workings of NASA since the very beginning. And those women get even more of a spotlight in a new documentary on Netflix. Mercury 13, which tells the stories of the 13 female astronauts who were tested for space flights in 1961 — but never made it to space, simply because of their gender.

Premiering April 20, Mercury 13 describes how in addition to the men who would go on to man space flights, nicknamed the Mercury 7, there was another group of women who were secretly tested, passed, and in many cases performed better than their male counterparts. Sadly, these female astronauts didn't get the chance to actually head into space. As you watch Mercury 13, you'll be both frustrated and inspired, and you might just want to learn more about women's journeys into space over the years. The 11 films below run the gamut from reality-based space travel to outlandish science-fiction, and their depictions of women owning space ships, hurling through the galaxy, and traveling intergalactically owe a lot of gratitude to the brave individuals featured in Mercury 13.

So, to celebrate the women who were fully capable of going, but never actually made it to outer space, check out these movies featuring some amazing other ladies who dip their toes in the stars.

Hidden Figures tells the story of three brilliant African-American women who worked at NASA during the space race of the 1960s. Katherine G. Johnson, Dorothy Vaughn, and Mary Jackson never made it to outer space, but the people who have wouldn't have gotten there without the work of these important women. (Streaming on Hulu, Amazon, Vudu, iTunes, HBO Go, Google Play, YouTube.)

This '90s sci-fi drama explores what would happen if an alien race sent instructions for advanced space travel to Earth. Jodi Foster stars as Ellie Arroway, a scientists tasked with interpreting the alien message and eventually traveling through the machine. Contact is an intelligent, heady, intellectual sci-fi film with fantastic performances. It's perfect for when you want fewer explosions and more hypothetical discussion involving humanity and our attempts to travel the galaxy. (Streaming on Amazon, Vudu, iTunes, Google Play, Youtube.)

Of all the films on this list, Gravity is probably the most consistently heart-pounding. Coming in at a concise 90 minutes, Gravity follows newbie astronaut Ryan Stone (Sandra Bullock) as she navigates a space station disaster, becomes untethered from her ship, and tries her damndest to get back down to Earth. This is one of those films that truly earned its 3D format, but is still jaw-dropping to watch at home. (Streaming on Amazon, Vudu, iTunes, Google Play, Youtube.)

While Ellen Ripley was the lone survivor of 1979's Alien, she was one of many crew members on which the horror/sci-fi flick focused. But its sequel Aliens firmly placed Ripley in the heroine role, and gave her the screen time that she deserved. And her maternal relationship with Newt brings a whole new layer to the outer space-set thriller. (Streaming on Amazon, Vudu, iTunes, Google Play, Youtube, HBO Go.)

Another heady sci-fi film, Arrival stars Amy Adams as Dr. Louise Banks, a linguist who must decode an alien race's written language in order to figure out why they're visiting Earth. Based on the short story Story of Your Life, by Ted Chiang, Arrival takes place on Earth, and Dr. Banks never goes to space, but with alien visitor and a time-travel subplot, the movie gives off the best spacey vibes. (Streaming on Hulu, Google Play, YouTube, iTunes, Vudu.)

Fans of Fox's short-lived sci-fi series Firefly were treated to a feature film to wrap up the storyline after the series was abruptly cancelled. Serenity may be best enjoyed if you're already familiar with Firefly, but if you want to dive right into Serenity, you'll be rewarded with some great female characters in space, including sex worker Inara (Morena Baccarin), super human River Tam (Summer Glau), military officer Zoe (Gina Torres), and mechanic Kaylee (Jewel Staite). (Streaming on Vudu, iTunes, Google Play, YouTube, Amazon.)

The Wachowskis' wacky Jupiter Ascending is one of the more out there sci-fi films of the last few years. But while it was derided by critics, it has an incredibly devoted fanbase, one particularly made up of women. When Jupiter (Mila Kunis) discovers that she's actually descended from a great queen of the galaxy, she takes off (on flying roller skates!) into the galaxy for a grand adventure with a wolf man played by Channing Tatum and a bee man played by Sean Bean. Eddie Redmayne wears robes and yells a lot. Yes, it's nuts, but it's great. (Streaming on YouTube, Google Play, Vudu, Amazon, iTunes.)

Another bizarre-but-beloved flick, The Fifth Element stars Milla Jojovich as a supreme being tasked with saving he universe from a giant, dark, evil planet. Sure, the movie stars Bruce Willis, but Jovovich's Leeloo is undoubtedly the hero, and has the kick butt chops to defeat the hordes of alien bounty hunters coming after her. (Streaming on YouTube, Google Play, Vudu, Amazon, iTunes.)

There's a new era upon us, and it belongs to the female heroes of the Star Wars movies. When The Force Awakens premiered a couple of years ago, the idea of a female-led Star Wars film was only a glimmer in Leia Organa's eye. But Now that Leia is a general, and the Star Wars movies have a new, female hero to root for in Rey, we can consider the Star Wars universe an equal opportunity galaxy. At least on screen, that is. They still need some female directors. (Streaming on YouTube, Google Play, Vudu, Amazon, iTunes.)

The gritty, war-heavy Rogue One went back in time and told the story of how the Death Star plans were stolen by a tiny group of bandits and relayed to the rebellion. Felicity Jones stars as Jyn Erso, a reluctant rebel whose fiesty personality and bold declarations certainly led to the Star Wars rebellion as we know it. (Streaming on Netflix, YouTube, Google Play, Vudu, Amazon, iTunes.)

So before you can learn the story of the 13 women who should have gone to space in Mercury 13, celebrate their legacy by checking out one of the awesome women who fly through the galaxy in these movies.