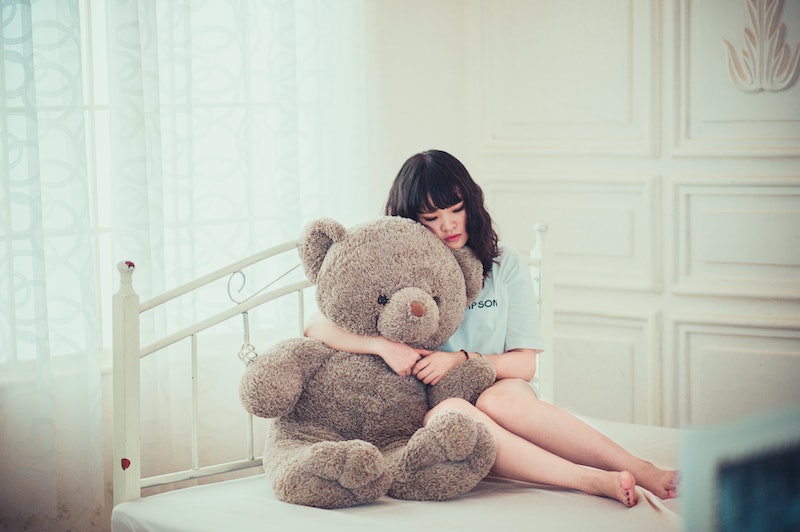 Ending a relationship that you'd hoped would work out for the best often comes with a mix of conflicting emotions: grief, loss, anger, confusion. There is plenty of online advice on how to get over a breakup, but the truth is that everyone experiences breakups differently. Time, energy, support networks, and personality all come into play. But if there's one thing that most people can agree on, it's that getting over a broken heart is probably one of the most difficult challenges in life. In fact, some people have such a severe broken heart that they experience "broken heart syndrome," or symptoms similar to what a heart attack feels like.

The first time I had my heart broken was in college, when my high school boyfriend of nearly five years and I had decided to call it quits after drifting apart for quite some time. I sunk into a depression that lasted throughout an entire summer. For a long time, it felt like I was having an out-of-body experience in which I looked down at myself pretending to have fun and be present. In reality, I was miserable and the days seemed to float by without me even realizing it.

It wasn't until I started my sophomore year in college that I joined a leadership program, met a few acquaintances who ended up being lifelong friends, and moved on from the dark period of my life. I also met someone new. Months later, I stumbled upon my ex-boyfriend's online profile and realized that looking at his face produced zero emotional pain. I'd finally moved on.

"It's never time that heals all wounds, but mindset, action and belief."

During the entire time that I was going through post-breakup depression, I didn't have any mental health resources or wise friends to give me advice about how to deal it. I wish I had. If you're struggling to mend a broken heart, I know it can feel pretty lonely. But, as the saying goes, there is light at the end of the tunnel. Here is what 11 people said about what they've done to get over a broken heart:

More like this
How Ovulation Affects Your Sense Of Smell, Libido, & More
By JR Thorpe and Lexi Inks
The 3 Zodiac Signs Most Likely To Get Married Later In Life
By Kristine Fellizar
4 Zodiac Signs That Will Take Forever To Admit They Like You
By Kristine Fellizar
12 Active Date Ideas That'll Get You & Your Boo Outside
By Lexi Inks
Get Even More From Bustle — Sign Up For The Newsletter
From hair trends to relationship advice, our daily newsletter has everything you need to sound like a person who’s on TikTok, even if you aren’t.