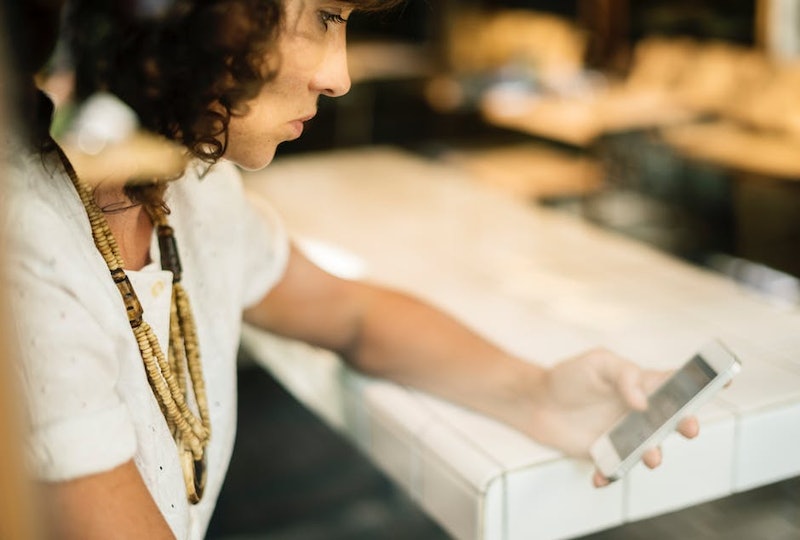 As women, we have a seemingly endless list of body parts to care for and monitor. We should be doing monthly breast exams. We should track our periods. (Are they healthy? Are they regular?) And we should always be on the lookout for subtle signs of ovarian cancer.

Unlike other female health concerns, ovarian cancer doesn't have a ton of obvious symptoms. Or, at least few that show up until the disease has progressed to an advanced stage. That's why it's known quite scarily as the "silent killer." There are subtle symptoms you might notice, however, if you know what to look for.

Symptoms often include simple things bloating, changes in bowel habits, and nausea. Since these issues happen to pretty much every woman over the course of an average day, and are often nothing to worry about, the key is to pay attention to how long these feelings last. "I give a list of these symptoms to all of my patients and remind them that if they experience any of them for longer than five to seven days, to be evaluated by their doctor," says gynecologic oncologist Barbara M. Buttin, MD, of Northwestern Medicine Central DuPage Hospital in Winfield, Illinois.

When caught early, ovarian cancer is treatable. "Since cure rates for ovarian cancer are over 90 percent when it is caught early, it is crucial to listen to your body," says gynecologic oncologist and Steve Vasilev, MD. "There are early symptoms which, if you recognize them, may save your life." Read on for some of them, and don't ever be afraid to ask your doctor for an exam.

1. You Have To Pee All The Time

Some symptoms of ovarian cancer can mimic those of other issues. Take frequent and burning urination, for example. You might think that it's a simple urinary tract infection. And most likely, it will be. But consider ovarian cancer if that ends up not being the case. "If tests are ordered, workups are done, and no other condition comes to light, ovarian cancer should be considered as a possibility," Buttin says.

2. Your Stomach Is Bloated And Painful

Bloating before your period, or after a big meal, is usually nothing to worry about. But take note if you're suddenly bloated all the time. "In studies, almost half of patients reported abdominal pain/discomfort and abdominal swelling/bloating," says Elizabeth Jewell, MD, MHSc, who is a Medical Scientific Advisory Board Member of the National Ovarian Cancer Coalition. "It must be noted that these symptoms can also be related to other conditions including benign pelvic masses/endometriosis, intestinal conditions, and urinary infections." But sometimes ovarian cancer, too.

Pain during sex is another symptom that could point to ovarian cancer. If you're experiencing it, definitely talk to your doctor. And be sure to follow up if your concerns are ignored. "Sometimes, a referral to a gynecologist can help initiate the necessary tests and work up as these providers will be more familiar with the symptoms of ovarian cancer," Buttin says.

4. You Feel Full Quickly When Eating

Feeling full after eating a big burrito is one thing. But feeling super full after every meal might be somethin' else entirely. When ovarian cancer is growing, it can cause issues within the abdomen that can make eating difficult. As Jewell tells me, it can also make you feel full despite only having eaten a small amount of food or liquid.

5. You're Losing Weight Without Trying

If you've recently start eating healthier and exercising, then some weight loss may naturally occur. Don't, however, sit idly by if you're losing weight for no reason. "Bloating and distention of the abdomen as well as unintentional weight loss or loss of appetite as most concerning," Buttin says. They may be signs of a more advanced form of cancer, which obviously needs to be treated right away.

It's normal to feel a bit nauseous after a night of drinking, or if you're coming down with a stomach virus. But the feeling shouldn't stick around. As gynecologic surgeon and oncologist Benedict Benigno, MD says, ovarian cancer can cause a "vague and fleeting nausea at first, leading to intermittent outright nausea and vomiting."

7. Your Bathroom Habits Have Changed

If you had a pretty consistent pooping schedule that's now all messed up, take note. As Benigno tells me, women with ovarian cancer sometimes experience constipation, which can alternate with diarrhea. If these changes don't go away after a few days — as they would with something temporary like food poisoning — definitely let your doctor know.

8. There's Pain In Your Lower Back

Ah yes, lower back pain. It can happen during your period, or if you strain your muscles. But as Buttin tells me, it is, yet another, sneaky sign of ovarian cancer.

9. You Notice A Lump In Your Abdomen

If you feel something in your abdomen, or experience any tenderness or change in the size of your stomach, tell a doctor ASAP. As robotic and laparoscopic gynecology surgeon Dr. Mel Kurtulus says, "If experiencing any of these symptoms, women should absolutely see a doctor to be evaluated. In fact, the only way to survive ovarian cancer is to detect it early on, and one in seven women will have the disease after the age of 65.”

10. You Have Not Been Feeling Well

As Benigno tells me, many women with ovarian cancer complain they "just don't feel well." While this can be due to any number of issues, a general and ongoing sense of dis-ease is not something you should ignore.

11. You Feel Anxious And Worried About Your Health

Having anxiety does not mean you have ovarian cancer. But if you can't shake the feeling that something's wrong with your body, don't hesitate to get checked out. As Benigno says, "If these symptoms persist and get worse over time, patients should visit a physician and insist on the following three things: a pelvic examination by a competent examiner, a pelvic ultrasound, and a CA 125 blood test."

While ovarian cancer research is ongoing, these three tests should cover most of the bases and help reveal the disease. And remember — do not ignore your body. "We like to say 'ovarian cancer is not a silent killer,'" Buttin says. "It whispers. Listen to your body.”

More like this
An Expert Weighs In On The Viral Raw Carrot Salad Trend
By Alexis Morillo
These 4 Zodiac Signs Make The Best Bridesmaids
By Nina Kahn
These 3 Zodiac Signs Could Write A Bestselling Novel
By Brittany Beringer
Here's Why Fixed Zodiac Signs Can Struggle During New Moons
By Brittany Beringer
Get Even More From Bustle — Sign Up For The Newsletter
From hair trends to relationship advice, our daily newsletter has everything you need to sound like a person who’s on TikTok, even if you aren’t.