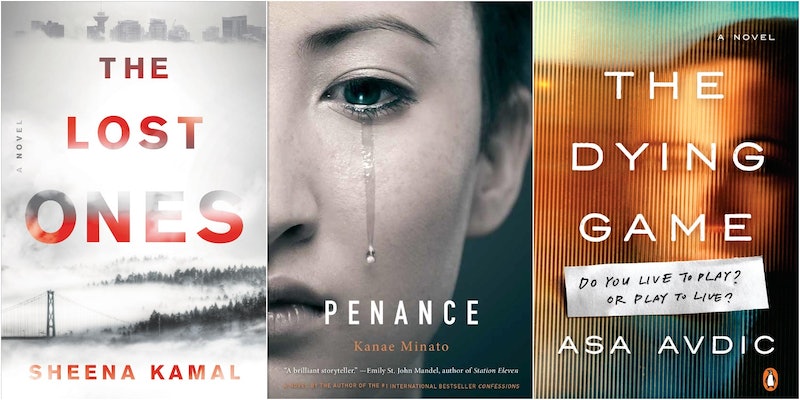 HBO's Sharp Objects has captured TV viewers' attention this summer, but all fans know that the limited series will eventually come to an end. That begs the question: which book could be the next Sharp Objects? I've picked 11 contenders that are ready for their television debuts, which you can check out on the list below.

Based on Gillian Flynn's novel of the same name, Sharp Objects centers on Camille, a Chicago journalist whose boss sends her back to her hometown of Wind Gap, Missouri to investigate the murders of two little girls. Camille has not been home as an adult, having fled a broken family after the death of her sister, and she has turned to alcohol and self-harm in order to cope with her demons. Living in Wind Gap gives her the opportunity to finally connect with her teenage half-sister, Amma, and to reconnect with old friends, neighbors, and classmates. Both Flynn's heroine and her hometown have their own dark secrets, which come to light as the missing persons case begins to dredge up events in Camille's past.

If you can't get enough Sharp Objects, or if you just want to be able to predict which page-to-screen adaptation will take its place, I've got 11 books that need to be on your radar and your nightstand.

More like this
David Tennant’s Transformation In ITV’s 'Litvinenko' Is Astonishing
By Sophie McEvoy
‘The Mosquito Coast’ Book Ending Includes A Major Character’s Death
By Brad Witter
The 'Firefly Lane' Book Ending Teases Way More Tears To Come In 2023
By K.W. Colyard
'Bridgerton' S3 Teases Exciting Social Season For Penelope Featherington
By Bustle
Get Even More From Bustle — Sign Up For The Newsletter