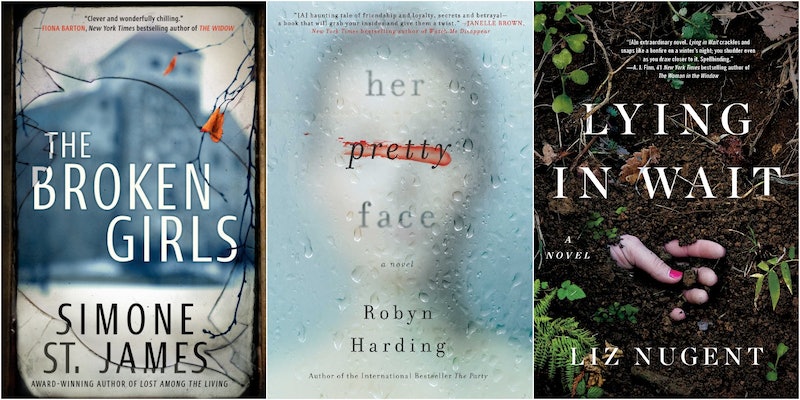 The long-anticipated adaptation of Sharp Objects, Gillian Flynn's debut novel, has reignited interest in the thriller writer, whose most famous for her novel (and the subsequent movie adaptation) Gone Girl. If you're a fan of Flynn's work, you might be searching for books like Sharp Objects you can read in between watching episodes of the show.

Like the smash hit Gone Girl, Sharp Objects is a titillating psychological puzzle, one that has readers thinking they've solved it one minute, only to reveal they don't have all the pieces in the next. Not only is it a haunting murder-mystery, it's also a sinister family drama and a wrenching narrative about self-harm with an incredibly complicated heroine at its center. Simply put, there is a lot to love — and even more to be terrified of — in Sharp Objects, and it will have you flipping through the pages (and racing through the episodes) until you're finished. But then what? Luckily, there are plenty of other novels that will give you the same thrills as Flynn's debut.

If you need something to distract you from the horror of Flynn's novel, here are five books like Sharp Objects whose mystery, suspense, and twisty storytelling will satisfy antsy Flynn fans.