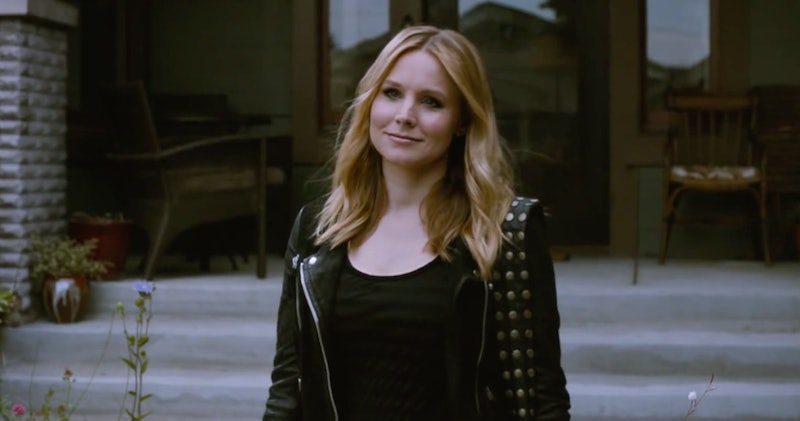 Listen up, Marshmallows, it's time to put down the telephoto lens and gather round, because you're about to enter into a very safe and fun space. If you were lucky enough to be a fan of Veronica Mars, then you know all too well how fleeting a love affair with a television show can be. The smart, funny, and endlessly intriguing show was only on the air for a short three seasons, just long enough to establish a handful of Veronica Mars phrases only fans will understand, adding hilarious new meanings to otherwise common words.

Fans of Veronica Mars have a special understanding that extends beyond a shared love of leather jackets and sarcasm. Just as the show gave new meaning to after-school jobs (one woman's babysitting gig is another woman's private detective work), it also gave some new definitions to already known phrases, creating a new inside language only for those in the know.

Granted, Veronica Mars wasn't full of inside words and phrases. Veronica herself preferred to stick within the realm of sarcastic, pop-culture-filled quips than venture off into making up her own language. However, there are a few Veronica Mars phrases only fans will really understand, and that's good enough for Marshmallows everywhere.

More like this
Here’s How You Can Watch Season 3 Of 'Never Have I Ever' In The UK
By Frances Stewart
Nicholas Hoult Has The Sweetest Things To Say About His Family
By Sam Ramsden
Josh Peck Shows Love To Jennette McCurdy After Her Shocking 'iCarly' Revelations
By Radhika Menon
At 14, D'Arcy Carden Was Sneaking Out To Parties & Crying Over Kurt Cobain
By Ivana Rihter
Get Even More From Bustle — Sign Up For The Newsletter