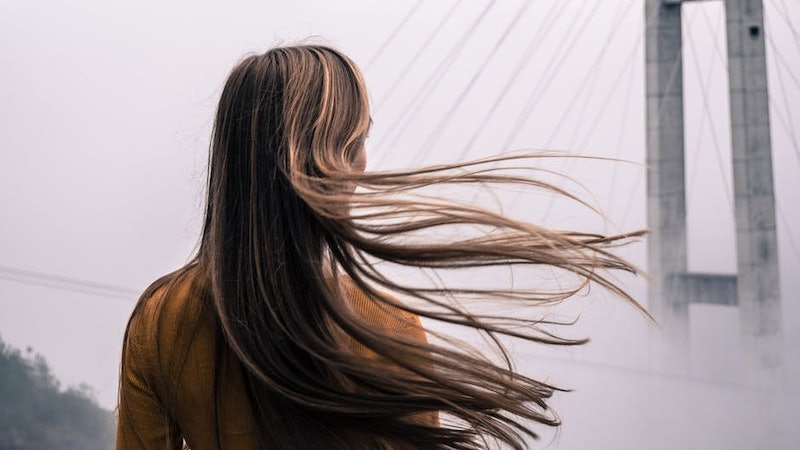 Anger is a healthy emotion, and one that we tend to feel, to one degree or another, on a daily basis. Sometimes it's just a quick flash, like when someone cuts you off in traffic. And other times it can turn into a full blown rage fest, where you hardly recognize yourself. Either way, just like other strong emotions — like sadness or joy — anger can do some weird things to your body.

"When someone is angry there are actual physical and mental changes taking place in your body," psychologist Dr. Michele Barton, director of clinical health at Psychology Life Well, tells Bustle. "You're releasing different hormones and neurotransmitters and many more than usual, so the body is overwhelmed with adrenaline and other chemicals that create the rush that people feel physically when they're angry. These chemicals also affect your brain, so your brain acts differently than it usually does when those different chemicals and hormones aren't present."

Again, the occasional bout of anger is perfectly healthy. But if it's particularly intense, or you're perpetually upset, it can be detrimental. "The effects on the body are very similar to those for people experiencing anxiety over the long-term," Barton says. "All of the changes that take place in your body when you're angry are meant to be for a short-term. When the anger persists longer than that, these changes start to affect your all organs, digestion, sleep, mood, and the list goes on and on." Below, a few weird ways anger can affect your body, both in the short- and long-term, as well as what to do if you think you might have an anger problem.

1. Your "Warning Bells" Go Off

Again, anger isn't inherently a bad thing; it's just a "warning signal" from the body that something's off. "Anger is often responsible for letting us know when our boundaries have been crossed, when our values are at risk, or when we are not being true to ourselves," consultant and coach Dr. Barbara Cox tells Bustle. That's a big reason why it's a healthy emotion to have, as well as one you need to pay attention to.

2. You Can Turn Into A Different Person

Have you ever been so mad you lost touch with yourself for a minute? "Anger is a highly physiological emotion," says clinical psychologist Dr. Joshua Klapow. "There are so many changes going on when we are angry that we literally become a different person — if only temporarily — if we are angry enough. Adrenalin rushes through our body causing us to feel strong and ready to act. We very much go from 'normal' to an 'Incredible Hulk' state."

As part of this altered physiological state, Klapow tells me your heart rate will increase and your blood will start pumping to your head — which explains why some people get red in the face. Your breathing can also become shallow as you enter a "fight-or-flight" response.

Since there's the "fight" part of the fight-or-flight response, your body will kick into high gear, preparing to fend off enemies. "We reflexively position ourselves for 'battle' by clenching fists, jaws, tightening our abdomen, and core," says Klapow.

Again, anger is closely related to the well-known fight-or-flight response, which we often associate with stress or fear. "Anger works the same way," Klapow says. "Our body is preparing to fight."

As a result, our ability to process complex info decreases, resulting in a sort of fugue state. "We see the world through a filter of anger and we may have a very difficult time actually understanding, hearing, or interpreting other people," he says. "We become single focused and single purpose."

6. Your Digestion Slows Way Down

When your super mad, the body decides it's simply not the time for digestion, and thus slows the process down. "All of these changes are a result of your fight or flight system kicking in," Barton says.

7. You Can Forget Stuff

As counselor Rebecca Frank MA, LPCC, NCC tells me, anger causes a rush of hormones to be released in your brain, including cortisol. That's OK in the short-term, but if you're angry every single day, it can start to affect your brain.

8. You Can Fall Into A Pattern

As Frank says, "Too much cortisol will decrease serotonin — that’s the hormone that makes you happy. A decrease in serotonin can make you feel anger and pain more easily, as well as increase aggressive behavior and lead to depression." And that can carve out a pattern in your mind, over time.

"Every situation that we respond to starts to form patterns in the brain and when those patterns are reinforced by the same reaction every time, it makes it easier and more likely that we will revert back to anger in most situations, even ones that it don't make sense."

As Frank tells me, strong or ongoing anger can also wear you down physically. "It affects your immune system" she says. "The more stressed out and angry you are the more likely you are to get sick."

Remember what I was saying about blood flowing your head? "Some individuals actually 'see red,' as blood flow in the capillaries of the eyes increases," says Bernard Golden, anger management specialist and author of Overcoming Destructive Anger: Strategies That Work. "This may be a reaction with intense rage as the 'fight-flight' response escalates."

Again, due to that ol' fight-or-flight response, you might notice other physical goings on. "Sweating occurs so that we don’t overheat," licensed psychotherapist Alisa Kamis-Brinda, LCSW, LCADC, owner of Serenity Solutions, LLC, tells Bustle. "We shake or experience tension in our muscles due to increases of oxygen." This can even lead to tension headaches, as well as nausea.

So, what does an anger problem look like? One aspect of it includes responding to upset in an over-the-top way. As Frank says, "Unhealthy types of anger come out in the form of outburst, shutting down, explosive yelling, isolation, and psychical behavior." You might also suppress your anger, which isn't great, either.

If you think you're dealing with an anger problem, definitely chat with a therapist. He or she can help you figure out how to better manage your emotions, so you can preserve your health and handle stressful situations in a more reasonable way.

More like this
25 Things I've Reduced My Life To, In Addition To WFH In My PJs
By Ginny Hogan
Why Experts Say Sleeping With A Fan On Isn’t Totally Risk-Free
By Sophie McEvoy
Weird But Genius Things That Are Skyrocketing In Popularity On Amazon Now
By Nicole Zane
These Weird But Genius Things Are So Popular, Amazon Can Barely Keep Them In Stock
By Maria Cassano
Get Even More From Bustle — Sign Up For The Newsletter