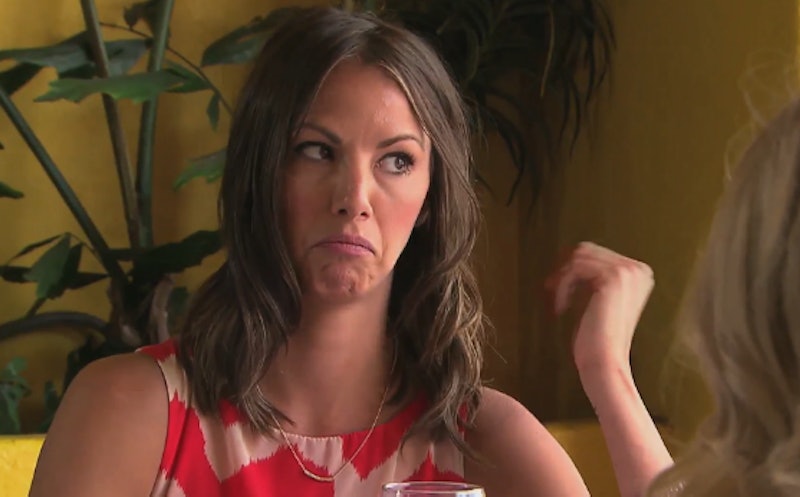 You may think you know all there is to know about this Bravolebrity, but do you really? To make sure you are a Kristen Doute genius (because why wouldn't you want to be?), here are some things you never knew about Kristen from Vanderpump Rules. Just think, when you're watching your weekly dose of the madness that is Pump Rules, you can spew off random facts about Kristen to your friends. They will be so impressed, they'll want to watch every episode with you from here on out.

In addition to once dating co-star Tom Sandoval, getting fired from SUR by her former boss Lisa Vanderpump, having relations with Jax Taylor — and causing so much drama because of it — getting slapped by Stassi Schroeder, and many other crazy moments from the Real Housewives of Beverly Hills spinoff, there are actually a bunch of other interesting facts about Kristen worth noting.

Believe it or not, but she is much more than a reality star who is known for getting into a screaming match at least once in every Pump Rules episode. I know, it's shocking, but it's the truth. So, with that, let's discuss some of the things that you may not know yet about Kristen, including her favorite band, which co-star she has a matching tattoo with, and the one reptile she definitely isn't scared of.

1. She Has Her Own T-Shirt Line

It's unclear whether or not Kristen is still designing T-shirts, but they used to be available for purchase at James Mae, which is named not after her ex James Kennedy, but after her niece and nephew.

Since age 11, Kristen has been a vegetarian. Yes, she's been meat-free for the past 23 years. As she told People last November, "I loved animals so much; I couldn’t imagine eating one. It broke my heart. I couldn’t do it anymore."

She even has her own blog called Vegiholic, which focuses on all things vegetarian. From recipes to restaurant recommendations to lifestyle tips, it's a great website for Kristen's fellow veggie lovers.

4. This Is What She Looked Like As A Little Girl

Here she is way back in the day before becoming famous for fighting on Pump Rules.

5. She’s Clearly Not Afraid Of Snakes

No one just drapes this big of a snake around their neck unless they like them.

6. She’s Been With Carter For Quite Some Time

Based on Pump Rules, Kristen and Carter sure seem to have a stable, loving, and supportive relationship. It's quite the opposite from her past boyfriends. Dating rumors first began circulating in September 2015, so yeah, it's already been about a year and a half. Wow.

7. She Wears A Fake Engagement Ring

And she's not afraid to admit it. Kristen sometimes wears a fake engagement ring. During an interview with E! News in May 2016, she confessed to buying the ring for herself. "It looks good," she said. "I just wanted to see — what if I don't like this cut?" That sounds like Kristen.

Fleetwood Mac appears to be her favorite band. She has shared multiple Instagrams gushing over the legendary group, including the time she met drummer Mick Fleetwood, cried when Stevie Nicks came on stage during a Foo Fighters concert, and got Nicks' handwriting tattooed on her forearm.

9. She & Scheana Have Matching Tats

Speaking of tattoos, she has a matching one with Scheana Marie.

Rememeber when he and another SUR worker celebrated after LVP fired Kristen? Well, he reunited with Kristen in May 2015 and all went well. Who knows if they are still on good terms.

11. She Was A Cheerleading Coach

Per Kristen, she was a cheerleading coach in 2003. I would've liked to see her in action.

12. And She Was Also A Cheerleader

Yes, she was also a cheerleader in high school. This photo is from 1996. No wonder she's so good at yelling.

Do you feel like a Kristen Doute aficionado yet?

More like this
Twitter Can’t Get Enough Of The Romance In 'Ekin-Su & Davide: Homecomings'
By Sophie McEvoy
Twitter Is Saying The Same Thing About Jill Scott Winning 'I’m A Celeb'
By Sophie McEvoy
Twitter Is Very Torn About The Winner Of 'Dancing With The Stars' Season 31
By Jake Viswanath
Prince Harry Discusses The “Planting Of Stories” In Tell-All Netflix Documentary
By Jake Viswanath and El Hunt
Get Even More From Bustle — Sign Up For The Newsletter