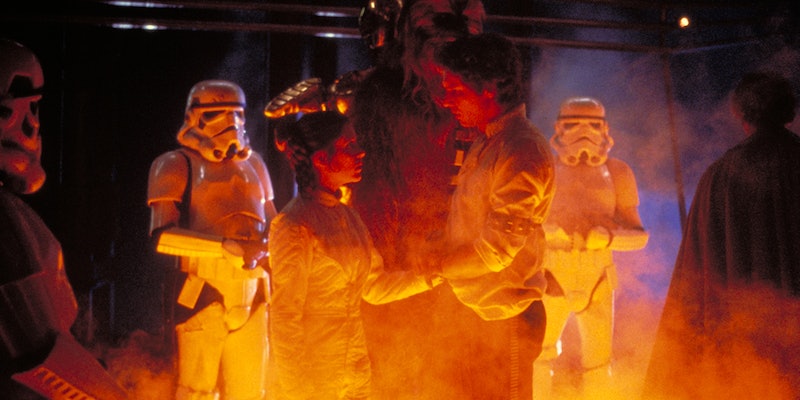 February is the worst. It's cold, it's wet, and that lousy groundhog in Pennsylvania just saw his shadow, ensuring another six weeks of garbage weather. But there is one bright spot to look forward to during the month, and that's Valentine's Day. The holiday often gets a bad rap for putting undue pressure on couples to manufacture some romance, but Valentine's Day is really about celebrating love, and what's not great about that? And if you need a little help this year when it comes to celebrating, you should turn to Hollywood because there are a bunch of movie quotes that'd make great Valentine's Day cards.

Obviously, romance is a movie genre that has been around forever, and will always be around. There's just something timeless about seeing two people fall in love on screen. Whether it's in the form of a sappy drama, a romantic comedy, or as the subplot in another genre, movie romances often form people's ideals on how they'd like their own love lives to look. And even though nobody's relationship ever turns out the way they do in the movies, a good romantic movie quote on a Valentine's Day card can at least lend a little bit of that Hollywood magic to your own life. So choose from one of the romantic movie quotes below and make your own special card this Valentine's Day.