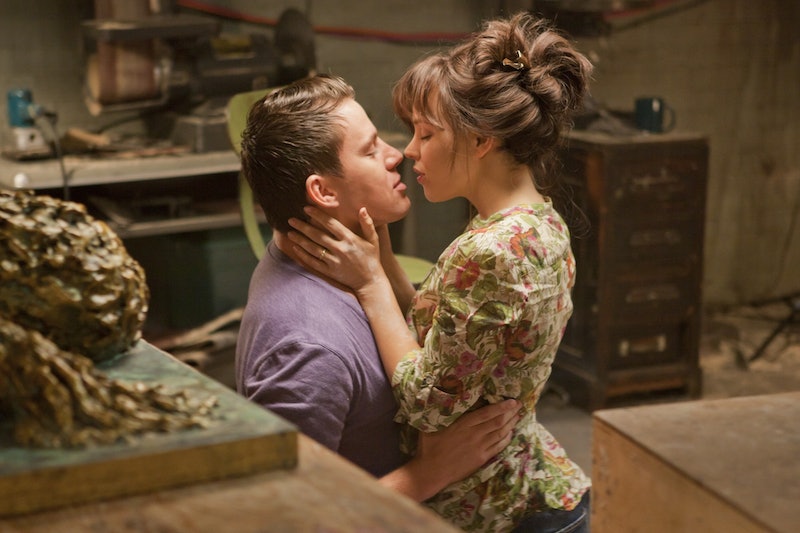 No matter your current relationship status, cozying up at home with a movie is the ideal Valentine’s Day activity. Why cope with fighting for 5-star restaurant reservations or a bar scene crowded with hopeful singles when there’s sweet, comfy entertainment to be savored within your own home? Whether you’re spending V-Day with your besties, your significant other, or just a bottle of Merlot, movies are here to minimize your stress and maximize your enjoyment of this sometimes nerve-wracking holiday. But not all movies are suitable Valentine’s Day viewing — even the ones that seem at first glance like they’d be upbeat or romantic enough for the occasion. In fact, I can think of 13 romantic movies you should avoid this Valentine’s Day.

Mid-February is an emotionally charged time of year (thanks, greeting card companies!), and you don’t want to be caught unawares with any seasonal viewing. From comedies with icky gender politics to tragedies that are more soul-crushing than romantic, these are the films that could easily send your Valentine’s Day into a nosedive. If any of these 13 movies are on your V-Day list, do yourself a favor and cross them off right now. Stick with an tried and true favorite, maybe? Sleepless In Seattle never gets old.

The ensemble rom-com Valentine's Day is too jam-packed with silly storylines and actors who've just shown up to get their paycheck to have any kind of emotional resonance whatsoever.

This teen makeover comedy seems harmless at first, but things get weird at the end when a new high school couple played by Melissa Joan Hart and Entourage's Adrian Grenier find out that their parents are getting it on too. Are they on their way to being step-siblings? That's a bucket of cold water on a budding romance.

No girls night movie, this. Bride Wars trades on the stereotype that female friendships are based on competition and that all women would stop at literally nothing to have the perfect wedding.

Another disaster of a wedding movie, Made Of Honor pairs up two unlikable characters: a bride to be (Michelle Monaghan) and her "platonic" best friend (Patrick Dempsey), whose happiness is almost impossible to root for.

You and any fellow viewers will be left a sobbing mess after the first ten minutes of the Pixar masterpiece. It's beautiful, but maybe save the perfectly bittersweet love story of Carl and Ellie for another day.

Once is a ode to bad timing. I've never been able to watch the indie musical without feeling bereft by the wasted potential of Guy and Girl by the end.

Even psychopathic serial killers can fall in love, I suppose, but do they need to be romanticized?

Edward Cullen may be pretty, but the power imbalance in the Edward and Bella relationship is the stuff of feminist nightmares.

Rarely has a romantic comedy been as insulting and generic as this one, featuring Matthew McConaughey as a man-child still mooching off of his parents and Sarah Jessica Parker as a "consultant" they hire to date him out of their hair.

A Channing Tatum/Rachel McAdams match-up sounds like a Valentine's Day winner, doesn't it? The Vow is more drama than romance, and the true tale of a couple who endure one spouse's tragic memory loss will bum you out hard.

Ah, the French. They know all about love, don't they? Underneath the wistful cinematography, this film starring the equally gorgeous Guillaume Canet and Marion Cotillard is actually about two selfish co-dependents who ruin the lives of others through an escalating series of romantic dares.

I don't want to spoil the end, but save yourself.

Valentine's Day is a day to believe in fate, even if you consider yourself too sensible for that throughout the rest of the year. So watch the sci-fi drama Never Let Me Go on one of those other days, since it pretty much shoots that hope right out of the sky.

Some of these movies are worth watching any other time, but avoid the pain and don't fall into these emotional traps this Valentine's Day.

More like this
The Juiciest “Would You Rather” Questions For Couples
By Alice Broster and Rachel Mantock
25 Quotes About Love To Share During Pride Month 2022
By Madeleine Aggeler and Emma Garza
81 Epic Truth Or Drink Questions To Play 'Say It Or Shot It' With
By Bustle UK
What’s New On Netflix: A Victoria Justice Rom-Com & The Return Of David Letterman
By Arya Roshanian
Get Even More From Bustle — Sign Up For The Newsletter