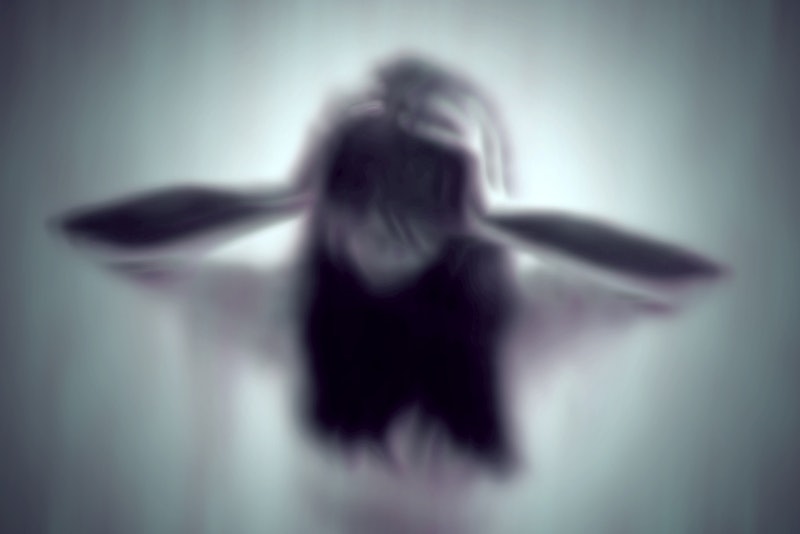 A classic storyline pulled out almost every Halloween — whether in a movie, a television show, or a ghost story — is one about someone being possessed. The person being possessed in the story always seems normal, until some kind of demon takes over them - and then all bets are off. No matter how unrealistic they may seem, these stories are always so creepy that they can end up making your skin crawl before giving you nightmares all night long. Even scarier is the thought that possession isn't just fictional. There are some real-life possession stories out there that are so horrifying you'll want to believe the person is just making them up.

The idea of being being possessed isn't just one that some believe, it's one that many believe. In fact, it has some pretty deep roots in religion. Many religions claim that humans can be possessed by a demonic spirit - there are even stories about it in the Bible. According to Live Science, this idea is largely a Judeo-Christian concept. There's also Spiritualism, which came about in the 1800s and is still practiced in some spots today, which "teaches that death is an illusion and that spirits can possess humans." Exorcisms aren't just from movies and the Dark Ages — they still get performed on people all the time, and although many explain the circumstances as someone who is emotionally and mentally disturbed, others believe there is something more evil at work.

Not convinced? Take some time to read the below horrifyingly creepy experiences of those who have been possessed or seen others who were possessed. But don't do it when you're alone at night — just a warning.