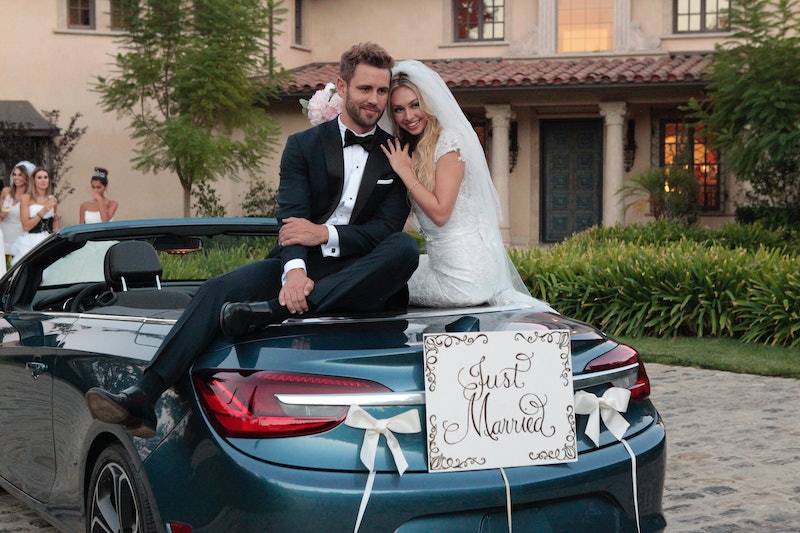 Every year one lucky woman gets what’s known as “the villain edit” on The Bachelor. This season is no different; we’re only three weeks into Nick Viall’s season of The Bachelor but there has already been so much drama. Last week, this season’s Bachelor villain, Corinne, upset the other contestants when she went topless on a group date and kept going back for more time with Nick. When the girls confronted her, Corinne defended her actions, saying that things are going to get weird and uncomfortable, but she’s just being herself and you have to go after what you want in this situation. I honestly couldn’t agree with her more.

Going into Week 3 of The Bachelor, there are a lot of things that are about to unfold. For starters, the ladies are about to find out that Liz and Nick already slept together and even though he sent her home, they could be offended by the fact that he let her stay there and didn’t disclose anything to the house. But I'm personally most excited to learn more about Corinne, as in the previews, she seems to get emotional over something, which means her brilliant, aggressive strategy might not be working like she thought it was.

Whatever happens with her, I'm convinced that already, Corinne is the best part of this season, and here's why.

This is a competition show, and Corinne is making herself known to viewers and to Nick, exactly like she’s supposed to. She’s playing the game the right way, making herself unforgettable.

During Corinne's confrontation with the women last week, she actually made a really good point about how things are going to get uncomfortable and weird and that you have to be there for yourself. It's totally true — the ladies who leave with the most friends are rarely the ones who land the guy.

3. She Has An Actual Nanny

If you think it’s crazy she is a grown woman without kids who has a nanny, you’re just jealous. Who wouldn't want someone to help them keep their life together if they could afford it? Honestly, we could all use a Raquel.

4. She Goes For What She Wants

Corinne has no problem tracking down Nick and making sure she gets time with him, and it seems to be working out for her. She got the first kiss, the rose on the group date, and Nick’s undivided attention. You can’t sit by and wait for the Bachelor to come to you. Otherwise you’ll end up the Tanner of the show, where you’re there, but no one knows who you are.

5. She Takes Advantage Of The Unlimited Alcohol

I like a woman who takes advantage of an open bar. As a contestant on this show, you may as well get some liquid courage when it's needed.

“I just put myself out there and I was just myself. That’s it. That’s all I did, guys. Literally. I was just Corinne.” You got to respect someone who goes on national TV and acts true to herself even when cameras are in her face.

She won the group date and got the rose. Clearly the guy she’s trying to win over likes everything she's doing.

8. She Shuts Down Haters

If you’re not following her on Instagram, you may have missed her awesome shut down of the haters.

I was confident and I was me. Yes, I seemed a bit aggressive in last nights episode but I’ve been through a lot in my life and I did not want any time wasted … it takes guts to be in that situation and you will see the inner me unravel quite soon. If I bother you that much please just don't look at my social media and keep the mean comments to yourself. I’m only human.

It’s nice to see someone who is confident in herself and her body. It’s so important to teach people to be OK with themselves and how they look.

10. She's Made This Season Interesting

Imagine last week’s episode without Corinne. How many more times do you think we would have to listen to Liz remind us that she’s already had sex with Nick?

11. She’s Setting Herself Up Perfectly For 'Bachelor In Paradise'

I imagine this season won’t be the last time we see Corinne. She’s a prime candidate for Paradise this summer and while she may not find love there, she will shake things up a lot. I cannot wait.

Unfortunately, she’s blonde and we all know Nick has a type, so this might not be totally in her favor, but hey, she looks great.

Can’t wait to see you in Paradise, girl.