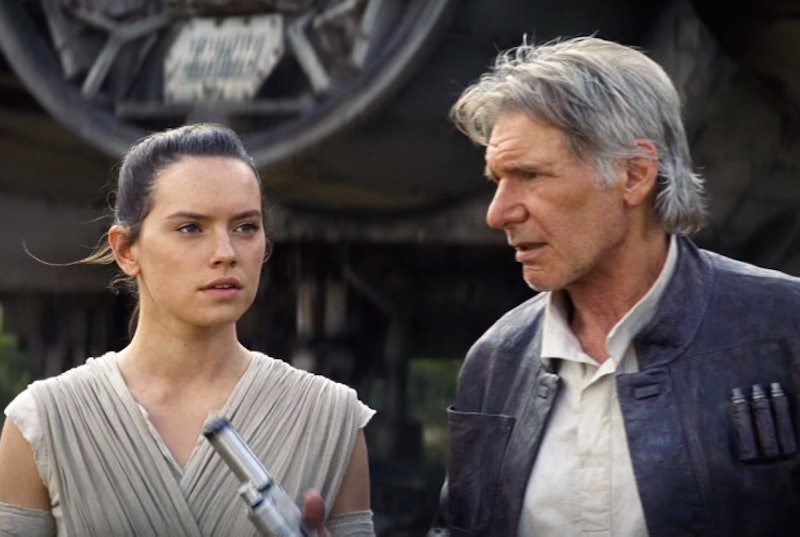 If you've been on the internet today, you probably already know that Star Wars: Episode VII will be titled The Last Jedi. Such a vague title inevitably led to a lot of big questions, and fans quickly jumped into an online frenzy. Who exactly is the last Jedi? Is it singular or plural? Does this mean Luke dies? As always, Twitter had to weigh in with its own Star Wars memes and jokes about what the next chapter might entail. References ran the gamut from former president Barack Obama to the ever-relevant Britney Spears. They even shouted out a black bear who was particularly in tune with the force. (Hey, CGI is pretty on-trend).

Alas, we won't have many answers until the film hits theaters on December 15, but most have speculated that "last Jedi" refers to Luke Skywalker, as he's one of the last characters to carry the Jedi Knight distinction. It could also point to an entirely new character, or Kylo Ren, who renounced the path to Jedi knighthood and embraced the dark side as a Sith. Or it could be any of the other hilarious options mentioned below, because, if Star Wars gave us anything, it's a healthy imagination.

Too real, Gary. Too real.

3. Some Were Heavy On the Puns

Get it? Because Jedi and die? Twitter is so clever.

4. One Tweeter Threw It Back To Britney

5. Some Stanned For A New Kind of Jedi

6. One Person Sensed A Theme

8. Some Think Luke Is Definitely Getting Cut

This could get awkward.

I think we've got a hit on our hands.

10. The Most Accurate Gif Ever

11. Some Were Already Calling It

That's actually not far off.

12. And A Lot of People Were Way Too Hyped

Knowing Star Wars, it's probably not what it seems, but it'll be fun to speculate as we wait out The Last Jedi's December reveal.