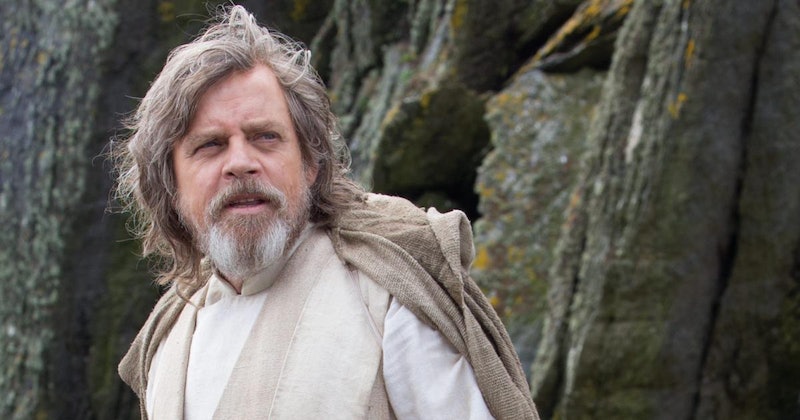 Stop what you're doing and get your speculation hat on, because the title for the next hotly-anticipated film in entertainment's buzziest franchise is here: Star Wars Episode VIII will be titledThe Last Jedi. We already knew that the film would be written and directed Rian Johnson and executive produced by a group including J.J. Abrams, but this is the first glimpse fans have gotten of one of the most telling early elements of the project: its name. That detail was officially released on Monday, although the film itself will not be released until Dec. 15, 2017.

The main plot will, of course, center around the characters introduced in the most recent chapter in the saga, The Force Awakens, like Rey, Finn, and BB-8, the title also suggests a focus on Luke Skywalker.

The term "the last Jedi" likely refers to Luke, as he is one of the last characters to carry the Jedi Knight distinction in the franchise as we know it. As with any announcement of this kind, however, Disney and Lucasfilms have left themselves plenty of room for interpretation; the title could also refer to a character like Kylo Ren, who has renounced the title of Jedi in order to become a Sith.

In short, it's still anybody's game at this point, and producers are keeping fans very much on the hook. Like all the cryptic details of this franchise's upcoming projects, information on Episode VIII: The Last Jedi will likely be meted out at exactly the rate that you've come to expect from Disney and Lucasfilm: a delightfully-exasperating trickle.

More like this
'The Distant Echo’s Ending Mirrors 'Karen Pirie' In One Crucial Way
By Catharina Cheung
This Episode 6 Moment Foreshadows Viserys' Fate On 'House Of The Dragon'
By Grace Wehniainen
Nicola Coughlan Shared A Lady Whistledown Excerpt From ‘Bridgerton’ Season 3
By Grace Wehniainen, Alyssa Lapid and Sam Ramsden
These 25 International Horror Movies On Netflix Prove Fear Is A Universal Language
By Bustle Editors
Get Even More From Bustle — Sign Up For The Newsletter