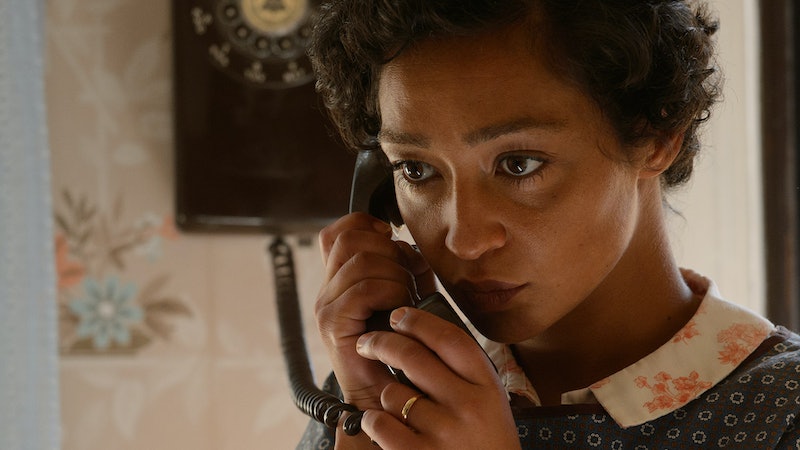 In 2016, the call for more diversity in the Academy Awards reached a fever pitch with the #OscarsSoWhite campaign gaining momentum for a second year in a row. The loud push back to the mostly white 2016 Oscar nominees, particularly in the acting categories, was effective, and the 2017 Academy Awards are on track to break the mold and open up the awards to more diverse nominees. However, just because the Academy appears to be on its way to celebrating a few performances by actors of color this awards season doesn't mean it'll happen. Still, these 13 actors of color deserve to be considered for the 2017 Oscar season, and hopefully, the Academy will honor them accordingly.

Thanks to Moonlight and Fences, there is very little danger of having all 10 Best Acting nominees be white this year. Viola Davis (Fences) and Mahershala Ali (Moonlight) are both frontrunners in the supporting categories, and Ruth Negga (Loving) and Denzel Washington (Fences) could lend some diversity to the Lead Actor/Actress races. Of course, even if the acting categories are more diverse than last year, the addition of black actors doesn't change the fact that there are no East Asian or Latinx actors currently even being discussed for Oscar nominations. In that spirit, here are 13 actors of color who deserve to be nominated, some of whom have a real shot, and some of whom who are barely included in the conversation.

It is my belief that Ali gave one of the very best performances of any actor in any category in Moonlight. Though he was snubbed at the Golden Globes for Best Supporting Actor, he looks on track to win an Oscar come February. You won't hear me complaining.

Davis is expected to take home her first Oscar for her supporting role in Fences for good reason. She's phenomenal.

Washington has been mentioned in nearly every Best Actor conversation there is, and not giving him a nod for Fences would be a serious mistake. (He is, after all, Denzel freakin' Washington. He has earned this.)

I'm not entirely confident of Negga's Oscar nomination chances, but her stirring performance in Loving is more than deserving of attention and awards show praise.

If Patel won an Oscar for playing a lost boy in India adopted by Australian parents, it would validate every one of the underrated actor's fans. If, however, Patel's performance somehow fails to translate into an Oscar nomination, I can only hope that it leads to more roles for him in Hollywood.

Spencer never gives a flat performance, and her supporting role in Hidden Figures is no different. The star, who won an Oscar for her performance in The Help, is nothing short of stunning as boss mathematician Dorothy Vaughan, and her performance demands to be noticed.

Jeff Bridges is, by all accounts, on his way to earn an Oscar nod for his supporting role in Hell or High Water, but I would venture to say that his performance wouldn't be half as compelling without the excellent work of Birmingham, who shares most of Bridges' scenes in the film.

Kim's performance in The Handmaiden is stunning, and if the Academy were more open to giving actors awards for foreign films, she would no doubt be a frontrunner in this year's Oscar race.

In Moonlight, Hibbert plays Little (or the young Chiron), and I mean it when I say that the entire film rests on his shoulders. Despite only appearing in the first third of the film, Hibbert's performance is the one that sets the tone for the entire movie that follows, and he more than delivers.

Star Wars films don't generally lead to Oscar nominations, but if you're willing to overlook that pesky fact, then Luna should definitely be on the list of actors looked at this Oscar season. As Cassian Andor, Luna is the perfect male hero to add to the Star Wars franchise. Also, if you aren't in love with him by the end of the movie, then you are officially immune to inspirational speeches and puppy looks.

Gladstone stole the show in Certain Women. Her supporting role won her quite a few awards from critics' associations and nominations from the Independent Spirit Awards and the Gotham Awards.

Don't Think Twice is not on the Academy's radar, but it should be on yours. Key gives a movie-star making performance in the dramedy about an improv group struggling to succeed and stay grounded at the same time.

Let's be real: the entire Supporting Actor category could just be filled with actors from Moonlight, and each and every nomination would be deserved. Sanders plays Chiron in the middle section of Moonlight, and he's completely gripping and tragic.

The Oscars are on track to have their most diverse group of nominees in years. Still, 2017 is just one year, and the real test of progress in Hollywood won't be if any of the actors listed here win awards, but whether or not they get employed again in 2018.