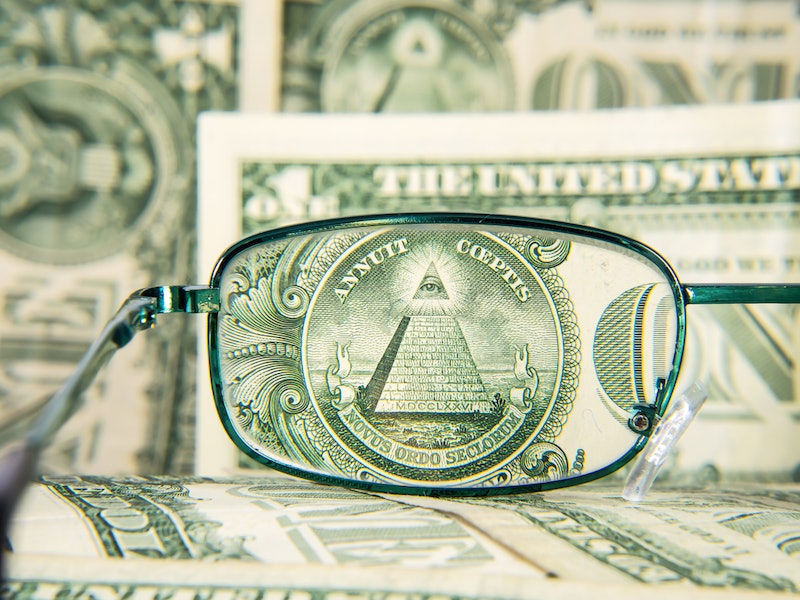 It's safe to say that there is almost never a time when a conspiracy theory doesn't seem completely out there. Even if there's something about one that sort of makes sense, it's hard to wrap your head around the fact that it could, possibly, be real - or that anyone could fully believe it is real. That said, there are definitely some that are more strange than others, and it shouldn't surprise you to hear that many of the wildest conspiracy theories originated on the internet.

There's something about these theories that makes them hard to ignore. Once you hear an interesting one and you start looking into it even deeper, you often begin to become a bit obsessed. Suddenly, what sounded completely insane before starts to sound a little more logical. This is especially true for the theories that are backed up with lots of "evidence" and "proof" online, the ones that have tons of supporters pushing the idea. It's a little intense.

Research has shown that nearly 50 percent of Americans believe conspiracy theories. Studies have found that mere exposure to a popular theory can "make you less pro-social — and less likely to accept established scientific principles." Basically, just watching a video about a theory or reading an article about one can make you more likely to believe it - that's kind of disturbing when you think about it.

Below are just a few of the wildest conspiracy theories on the internet, from weird ideas about celebrities to insistences that entire countries don't exist. Get ready for an interesting ride:

More like this
‘Squid Game’ Creator Hwang Dong-Hyuk Just Dropped A Major Season 2 Tease
By Brian Anthony Hernandez and Bustle Editors
Everything To Know About 'Evil' Season 4
By Meguire Hennes
August 2022 New Moon Do’s & Don’ts
By Brittany Beringer
Your Daily Horoscope For August 18, 2022
By Alexandria Lettman
Get Even More From Bustle — Sign Up For The Newsletter