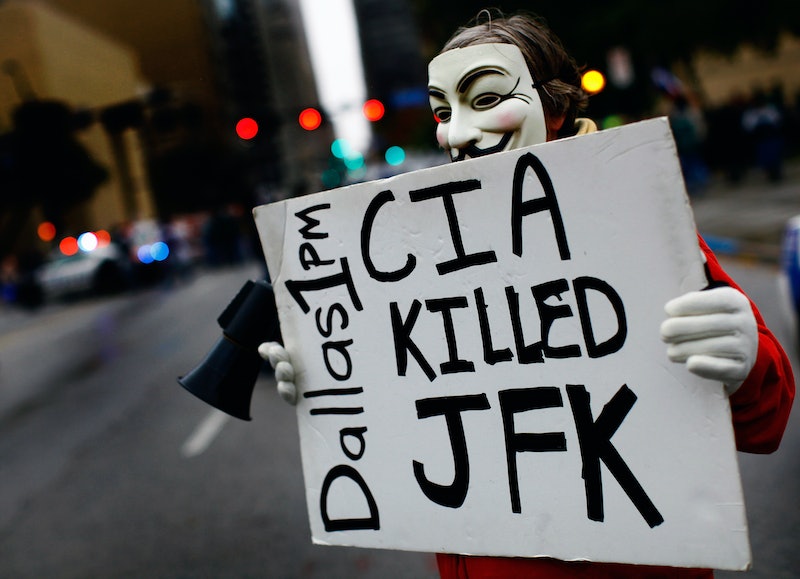 Who killed JFK? Did man ever really walk on the moon? Is there a society of lizard people that secretly run the world? If you're an educated, level-headed person, you would likely answer "Lee Harvey Oswald," "yes," and "of course not" to these questions. But the ideas and people behind these conspiracy theory documentaries have a different way of looking at the world. Because, for many people, these are legitimate questions that don't have clear answers. And while I would argue that some conspiracy theories are downright dangerous when people believe them, others can be pretty fun to dig into. Thankfully, there are a lot of docs out there that allow you to do just that.

Conspiracy theories as we know them today really started picking up steam in the 1960s, with two events that are still hotly debated: The JFK assassination and the moon landing. Then there is the idea a government cover-up of alien contact, made popular in the '90s by The X-Files. In more modern times, 9/11 conspiracy theories have become arguably the most popular subject for Internet sleuths, along with the ever popular New World Order and secret society conspiracies that revolve around the Illuminati (hey, Beyoncé!). So check out the list below for documentaries on all these subjects and more, and then spend the next several hours going down an inevitable Wikipedia rabbit hole as you search for the truth.