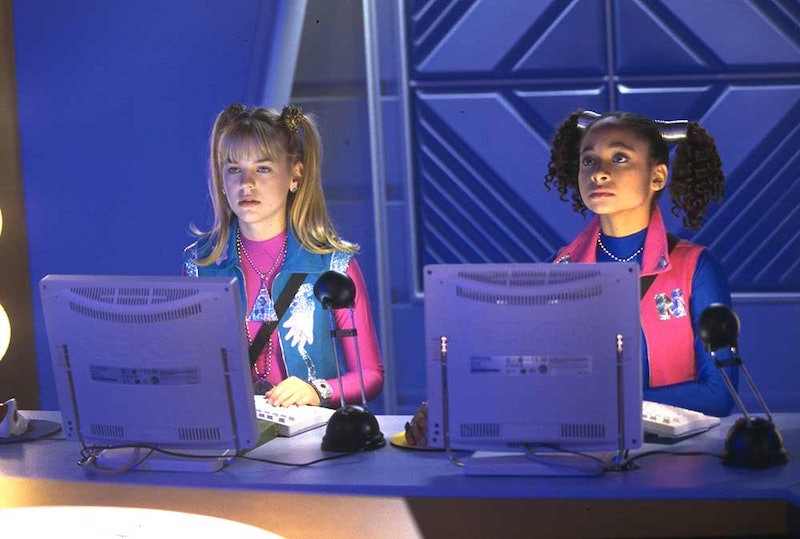 If there's one thing that Disney Channel Original Movies always were, it was weird. The funny thing is that, as a kid, you probably didn't even notice how truly odd some of these films were. Chalk this up to the fact that your imagination was full of thoughts that were way more bizarre than anything Disney Channel ever aired. (They came close, though, as you'll soon see.) That's why it's worth celebrating the most wonderfully weird Disney Channel movies ever as a now older and presumably wiser adult.

First things first, these films are weird because their premises push the boundaries of reality. We're talking about truly out there films that focus on stepsisters from weird planets that live in bubbles and teenage boys turning into leprechauns. Yep, totally crazy, and you know you loved it. These weird movies were a little out there but managed to make kids feels confident in their own skin. Whether you were an aspiring jockey who could talk to horses or a wannabe teen pop star who turned into a hologram, these movies let you know that being weird wasn't a bad thing. It was actually something worth watching.

In 2049, Zenon is living with her parents on a space station orbiting the Earth. That is, until everyone gets sick of her shenanigans and orders that she go and live her earth Aunt Judy. Of course, she doesn't fit in with her futuristic style and space slang, but she does discover that someone is trying to sabotage the space station. All she has to do is follow her favorite pop star Proto Zoa into space to help her friends. Typical teenage story, right?

After losing his lucky golden coin, popular junior high schooler Kyle Johnson starts going through some very weird changes. Specifically, he starts turning into a red-headed, pointy eared leprechaun. He soon learns that his coin was a magical one that allowed him to pass as a human. Now he has to get in touch with his Irish side to take on the history before him. Oh, and, you know, defeat an evil leprechaun. Yeah.

Megan Larson is just a normal teen until her mom gets a new boyfriend named Cosmo Cola who has a daughter, Ariel, who is afraid of the wind and dresses in multiple layers to save her "essence." Megan thinks Ariel's totally weird — which she is, because she's actually an alien from Planet Circulon. On her planet everyone is just a bubble floating from place to place, which makes it pretty hard to figure out how this flesh and bone thing works. It also makes her drink a whole lot of soda.

Ariel and her father are freedom fighters who have run away, but now they have to fight the emperor with help from Megan. And then there are some leaf blowers and hair dryers.

Connie Ortiz wants to become a jockey, which may be a whole lot easier since she has the "confidence of horses." This means she can communicate with them, by the way. That's certainly an advantage.

Two scientists, Norton and Marigold Ballard, invent an anti-aging machine, but, when something goes wrong, the two begin aging backwards. I'm talking full-on Benjamin Button here, which means that, once they go back to infancy, they will cease to exist. It's their children, Eddie and Marie, that need to fix the machine and get their parents in it before they disappear forever. No pressure.

Sure, it's weird enough that two very smart girls build a robot boyfriend, but even weirder is how this perfect boy ends up becoming a government weapon. They do sing a mean version of Selena Gomez's "Love You Like A Love Song," though.

When Samantha has a little stage fright, her friend Roscoe has the perfect solution. He'll just create a hologram named Loretta that can do all the work for her. Too bad Roscoe starts to fall in love with this hologram girl, who's dealing with her own identity issues.

At the age of 13, Cody doesn't become a man, but instead starts becoming a merman. Now he's got to figure out how to keep his secret, well, a secret. Not easy when you are a star swimmer who may or may not be cheating since you have a fin.

Now it doesn't seem that weird to have a house that has a mind of its own, but it's totally weird when that mind is of an overbearing mother who really, really, really doesn't want you to leave.

The lesson here is: Don't let your mom date a vampire no matter how much you want to get her out of the house.

When a genius teen with bad grades clones himself, he starts using his other me to pass school. His clone, named Twoie, also helps him survive. Got to love that telepathic connection. Also got to love how nonchalant his parents are about the whole cloning thing.

Zoey Stevens (Zendaya) phone zaps out of control boys into place. She has them grooming themselves and being more in tune with their emotions. But, like most stories about magic it begins to go wrong, and Zoey has to figure it out. Unfortunately, there is no app for that.

These 13 films, as weird as they are, will definitely remind you just how much you love Disney Channel Original Movies. No matter how out there they got.