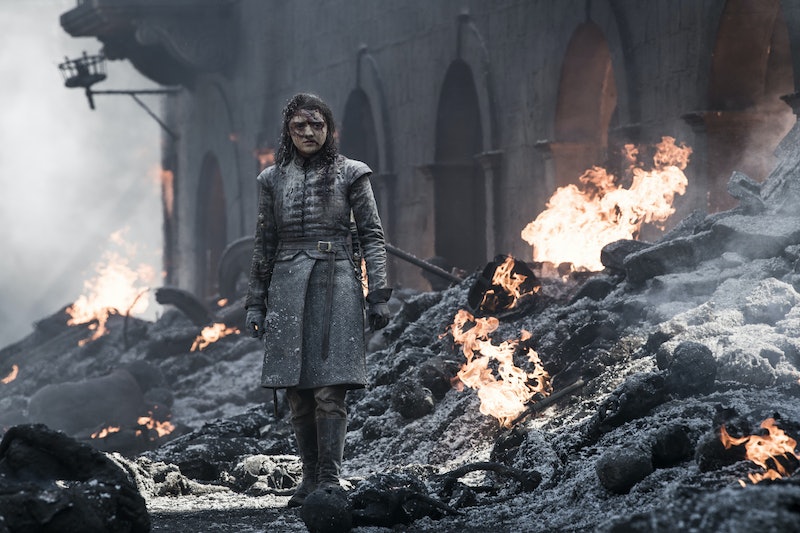 Game of Thrones is currently the world's favorite thing to watch, whether you're hate-watching at this point or still here for the ride. And with all the excitement regarding it being the final season, you can also guess that everyone is talking about it, giving us some of the best Game of Thrones celebrity tweets ever. And boy, do these celebs have some thoughts about Episode 5 of Season 8, "The Bells."

From Mindy Kaling going full Team Daenerys to T-Pain continuing his hilarious commentary, celebs are just like us: they freak out over Game of Thrones. While it's now become a weekly occurrence to scream at the dragons, undead, and raging power-hungry rulers on your screen every Sunday, episode 5 gave fans even more to be mad about. Several key characters died, some not in the way fans might have liked. And, of course, Daenerys went full Mad Queen, destroying King's Landing even after Cersei's army had surrendered. It was literally the episode when all hell broke loose, and fans were there ready to use it to their best meme-making abilities. Or just to rant. Because if you watch Game of Thrones and don't have a public opinion on it, did you really even watch it? Celebs are best at this, and here's the evidence.