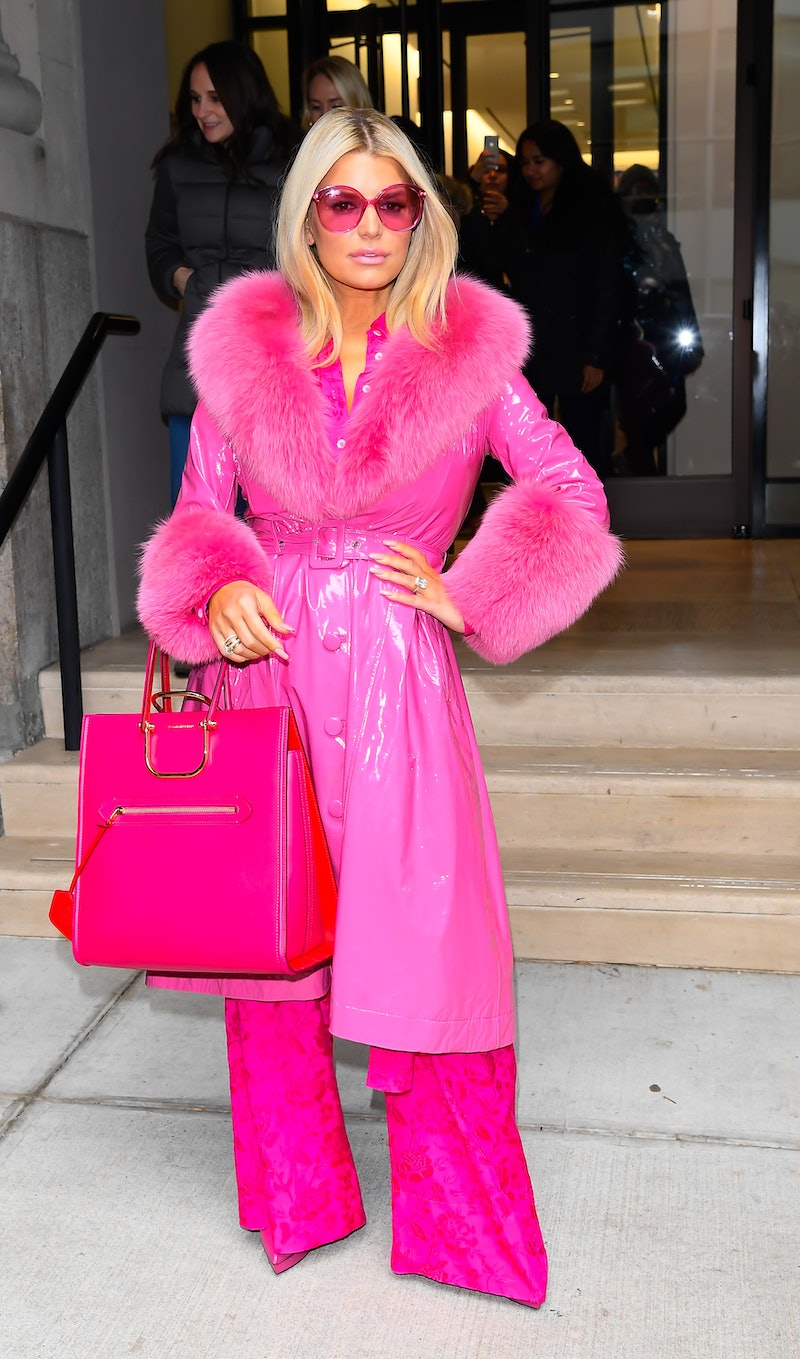 Jessica Simpson's first memoir, Open Book, just landed in stores on Feb. 4, making readers clamor for more of that white-hot celebrity goss. If you read Simpson's Open Book and just couldn't get enough, make some room on your TBR, because there are plenty other juicy celebrity memoirs for you to check out below.

Celebrities: they're just like us, right? Well, yes and no. Although we love plenty of famous folks for being super relatable — Chrissy Teigen, anyone? — the fact remains that most of us don't have the means to live like a celebrity. The jets, the trips, the designer clothes, etc.

But that doesn't mean celebs don't have regular, everyday people problems, however. In Open Book, Simpson discusses her sexual trauma, marital woes, disordered eating, and alcohol abuse — all of which are, sadly, incredibly common and relatable issues. Throughout the memoir, Simpson never stops short of "going there." Whether it's giving a candid account of her marriage to Nick Lachey, or detailing the problems at the root of her on-again-off-again relationship with John Mayer. It's the kind of radically honest memoir that many celebrities often shy away from — and is the type that readers absolutely love.

If you just can't get enough of Open Book, here are 13 of the juiciest celebrity memoirs for your entertainment:

Drew Barrymore narrowly avoided being one of Hollywood's tragic child actors. Checking into rehab at age 13, and again at age 14, Barrymore had what can only be described as a rough start. Published just after her second stint in a rehabilitation facility, Barrymore's 1990 memoir, Little Girl Lost, details her hard-partying childhood and what came after.

Former America's Got Talent judge Melanie Brown — aka Mel B — opened up about her time with the Spice Girls and the decades that followed in this 2018 tell-all.

I'm with the Band: Confessions of a Groupie by Pamela Des Barres

One of rock music's most famous groupies, Pamela Des Barres has written five memoirs about her time in the 1970s music scene. The first of these, I'm with the Band, details Des Barres' time with Led Zeppelin, Jim Morrison, Don Johnson, and more.

No Lifeguard on Duty: The Accidental Life of the World's First Supermodel by Janice Dickinson

Want to know what it's like to pal around with Christie Brinkley or sleep with Sylvester Stallone? Read Janice Dickinson's No Lifeguard on Duty for all the dirty details of supermodel life in the heyday of the 1980s.

Although her final memoir, The Princess Diarist, is Carrie Fisher's most talked-about book today, fans who want to get to know the woman behind the bronze bikini should read Wishful Drinking, which chronicles the star's childhood and early relationships.

When Ava Gardner agreed to let Peter Evans help her write a memoir, she soon found that she was too afraid to see it published. Following the midcentury movie star's death, Evans published his candid interviews with Gardner in this eye-opening book.

Tiffany Haddish has made a name for herself as a loud, irreverent, and unapologetic woman. In The Last Black Unicorn, the Kids Say the Darndest Things host opens up about life before stardom and gets brutally honest about who she is as a person.

The Girl on the Balcony by Olivia Hussey and Alexander Martin

You might remember Olivia Hussey as the star of the 1968 Romeo and Juliet film adaptation you watched in ninth grade. In this memoir, the child star recalls her time in 1960s London and her uneasy young adulthood, post-Romeo.

Inside Out by Demi Moore

Demi Moore's memoir made headlines for its many revelations about her ex-husband, Ashton Kutcher's, infidelity. Read those stories and more in Inside Out.

There Is No F*cking Secret: Letters from a Badass Bitch by Kelly Osbourne

After becoming famous on her family's reality TV show in the 2000s, Kelly Osbourne has remained in the media spotlight. In There Is No F*cking Secret, the star exposes the truth behind the headlines of her strange and unusual life.

There Was a Little Girl: The Real Story of My Mother and Me by Brooke Shields

Brooke Shields' mother wanted her daughter to be a star, but their relationship was often fraught. In There Was a Little Girl, Shields examines her maternal bond with Teri Shields, who passed away in 2012.

I, Tina: My Story by Tina Turner and Kurt Loder

Chronicling superstar Tina Turner's entire life — from her Tennessee childhood to her renewed success in the 1980s and beyond — I, Tina is a must-read for any Turner fan.

10 Things I Hate About You star Gabrielle Union has been dominating the news cycle in the wake of her departure from the allegedly hostile working environment of America's Got Talent. Published before this recent brouhaha, We're Going to Need More Wine is a memoir-in-essays that tackles all aspects of life as a black woman in Hollywood.

More like this
16 Novels That Paint A Realistic Portrait Of Abortion
By K.W. Colyard
Yes, You Can Stream Machine Gun Kelly’s Life In Pink In The UK
By Rachel Mantock
Lauren Rae Is Bringing Back The Sex And The City Vibes In Her New Memoir
By Shahed Ezaydi
Annie Lord’s Memoir Will Make You Believe In Love Again
By Shahed Ezaydi
Get Even More From Bustle — Sign Up For The Newsletter