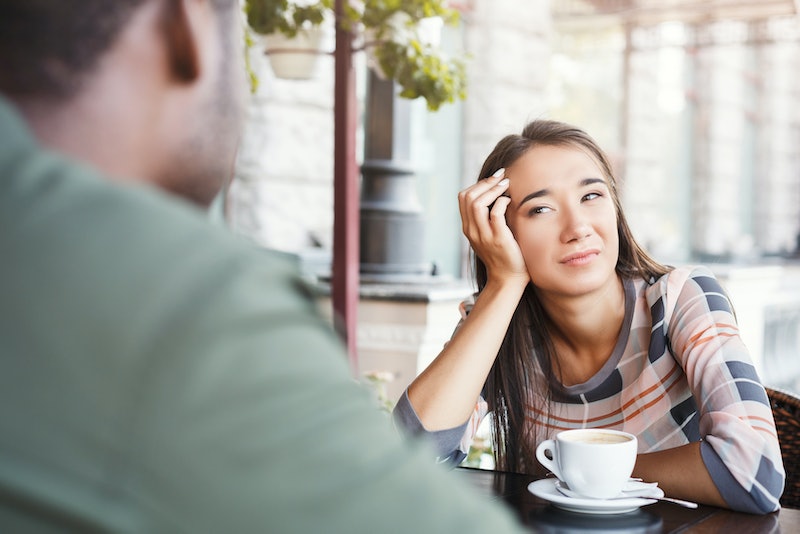 Whether we're going back in time one decade, two, or even 50, the way people ghost each other in our modern times is way different than how people used to ghost each other back in the day. In an effort to ghost someone now, you might unfollow them on social media, ignore their texts, or delete your dating apps. But years ago, it was a whole different world.

Things are changing, and there's a lot of talk about ghosting happening with greater frequency today. And while that may be true to some extent, — due to the the fact we now have more ways to meet new people — the reality is, ghosting has been going on for ages.

"Ghosting [isn't] more common now," Amy McManus, a LA-based relationship therapist, tells Bustle. But it may be more painful. "Back in the day, when someone didn’t respond to you, you simply moved on," she says. Now, you have the ability watch in real time — on dating apps, on social media, etc. — as they continue on with their lives without you.

That's why it's more important now than ever to end relationships in a healthier way. "Ghosting isn't a particularly direct or courageous way to end a relationship," Kelly Bos, MSW, RSW, a psychotherapist and relationship expert, tells Bustle. It's much better to be honest, and let the other person know you aren't interested, so you can both move on. With that in mind, here are some old-fashioned ways people used to ghost each other back in the day.