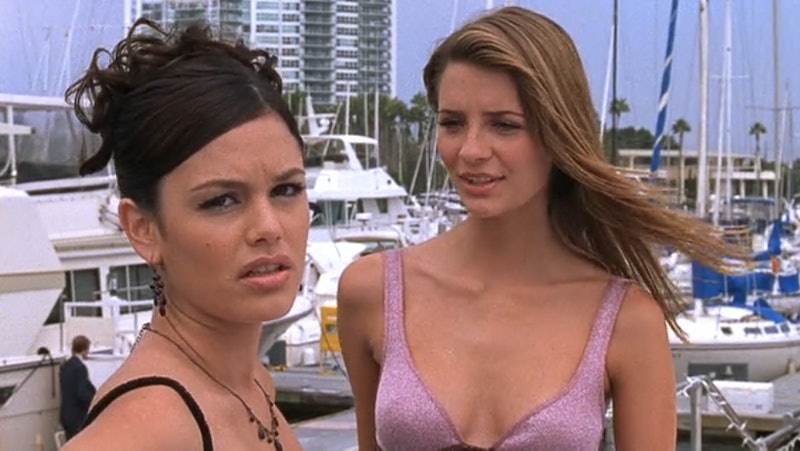 In the pantheon of CW teen female friendships, there are few bonds quite like that of Marissa Cooper and Summer Roberts. OK, there are Serena van der Woodsen and Blair Waldorf, whose friendship is literally just the New York version of the O.C. characters' bond, but other than that, it's a very special dynamic. Cut too short by (spoiler alert for a decade-old show) Marissa's untimely death, the beautiful besties still fit in a lot of support, a bit of bickering, and a lot of underage drinking over the course of three seasons.

And isn't it about time we relive the glory days of Coop and Sum? I guess you could try to sort through the full-length, high quality offerings on Hulu, but why waste 30 seconds doing that? Instead, I've rounded up some Marissa and Summer moments that helped define their O.C. relationship. I've included it all: the good, the bad, and even the somewhat mundane (how many times did these two try on clothes and talk about boys and make it seem compelling?). These images, and the timeless lines that come with them, are permanently etched in fans' mind, so read on to relive some of the unforgettable little O.C. moments between Marissa and Summer.