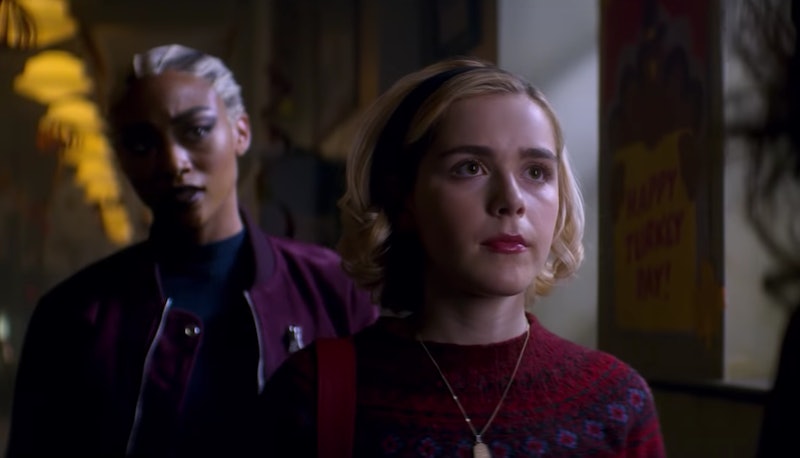 Do you ever find yourself walking through the mall, looking at all the teenagers around you, and thinking, "I was never that cool"? Teens nowadays exude coolness. Whether it's the clothing they wear, the music they're listening too, or the things they're talking about, teens today seriously know what's in. And if you're wondering what TV shows teens love these days, it's probably because you also to want to know what's in, which is very understandable.

Whether a teen-loved series is on Netflix and able to be marathoned all at once or airs on primetime TV, there are a good number of shows out there that adolescents are obsessed with. From Riverdale to Stranger Things to One Day At a Time to Runaways, the shows on this list are not only entertaining, but also, for the most part, pretty representative, with LGBTQ+ and non-white characters. It's no wonder so many teens participate in fandoms and stanning of the many 'ships that come out of these shows. So even if you're long out of your teen years, if you're looking for something new to watch, check out the TV series on the list below.

Riverdale is a pretty big deal with teens, as well as many people out of that age group. The show follows a band of adolescents living in a small town filled with sex, murder, and many mysteries.

You can stream it on: Netflix, CW App, Amazon, iTunes

A supernatural drama, Stranger Things has young people at the helm, fighting to find their lost friend. It's a super intriguing show, and with Winona Ryder and Millie Bobby Brown giving amazing performances, it's a must-watch for any sci-fi fan.

The teens in On My Block feels real and relatable, especially if you went to an inner-city high school. The characters go through a lot of pain throughout the course of the first season, and it's all so compelling that finishing the episodes is a breeze.

One Day At a Time follows a single mom raising her two kids (one a pre-teen at the start of the show, the other an adolescent) in a house with her own mother. The show features a big, loud, Cuban family and will delight everyone who watches. Grab those tissues, though; every episode is tearjerker.

Cloak & Dagger comes from Marvel Comics and follows two teens with new powers that they acquired on the same night when they were kids. They have to learn how to navigate the troubles in their life while also harnessing their new powers for good. There's romance, great performances, and captivating drama.

You can stream it on: Hulu, Freeform App, Amazon

6. The Chilling Adventures Of Sabrina

Chilling Adventures of Sabrina has all of Twitter buzzing with excitement. The show follows Sabrina Spellman, a half-witch, half-mortal, who is about to turn 16 and has to choose a path of dark or light. It's fraught with horror delights and a spooky setting.

A hilarious mockumentary, American Vandal Season 1 follows a student who is accused of spray-painting genitals all over his high school's parking lot. He has a history of drawing these... appendages, but claims he didn't do it. Both the first and second seasons of the show are portrayed as student-made films, in which the teen filmmakers are simply trying to set the record straight — in the most entertaining way possible.

Another Marvel TV show about teens, this one focuses on the group's newfound superpowers after a mysterious event happens with their parents. Runaways is set in LA and the cast is diverse, funny, and so talented. Plus Season 2 is right around the corner, so you can marathon thes episodes just in time.

You can stream it on: Hulu, Amazon

Elite is like Gossip Girl, but with more murder and in Spanish. With only one season under its belt (but a second on its way), the teen drama is set at an elite private school in Spain. When three scholarship students show up, everything is turned upside down and a death hangs over the audiences' heads. You don't know who is slain at first, or even why, but it's an amazing mystery that'll entertain you all the way through.

A reboot of the 1980s show by the same name, Dynasty is a soap opera with a modern flare. It centers around a young heiress who's used to getting her way and living the high life, with the promise that she'll inherit everything one day. But thanks to her dad's sudden new wife, that might all change, and Fallon is not happy, to say the least. It's overly dramatic, extremely glamorous, and a good, fun watch.

You can stream it on: Netflix, The CW App, Amazon

One of the most talked about shows on Netflix, 13 Reasons Why has turned many heads for its graphic portrayals of suicide and rape. The show has suffered much criticism, but it's still found significant success and might be worth the watch if you're curious.

If you're a fan of Black-ish, then you probably already know who Zoey Johnson is. Well, now she's on her own in the wild land of college, trying her best to navigate freshman year. The show dives into many common problems new students have, and shows it all from the perspective of those students.

You can stream it on: Hulu, The Freeform App, Amazon

Starting back in 2007, this show earned criticism for being way too graphic in showing teen partying, drugs, and sex. However, it was still vastly popular and made the actors household names. It also touches on a lot of important subjects, like mental illness, substance abuse, death, and dysfunctional families. Skins is definitely worth a watch, and since there are a ton of seasons, it's great if you're looking for something to deep-dive into.

You can stream it on: Netflix, iTunes

So whether you're looking for a new favorite show, or really just want to know what those teens are up to, hopefully these give you some good ideas.