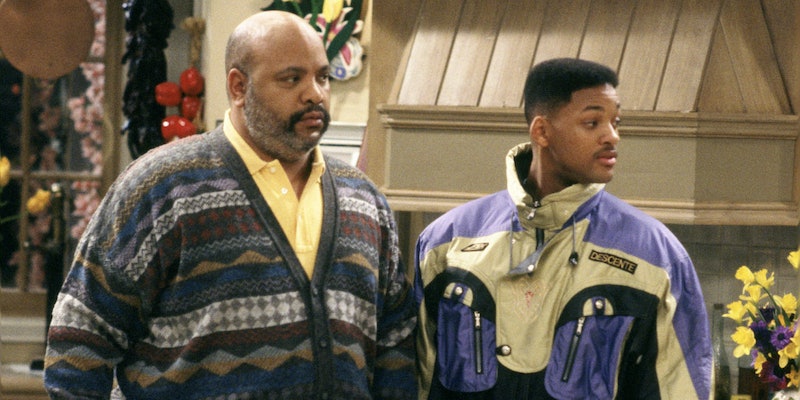 Although fans of The Fresh Prince of Bel-Air keep hoping for an eventual reunion, it doesn't look like one will happen anytime soon; we'll all just have to be satisfied with the six existing seasons of the Banks family's shenanigans that exist. Thankfully, six seasons of Fresh Prince means over six years full of songs, dances, and convoluted plans (usually involving singing and dancing, natch), more than enough to keep viewers entertained. Just take these 15 songs that Fresh Prince fans will always associate with the show – what's not to love about them?

Sometimes these songs were the background for outlandish dance numbers, like Carlton's love of rocking out to Tom Jones, or the infamous Las Vegas "Apache" dance. Other times, someone in the family was heard singing them at the top of their lungs. Ironically professional singer Will Smith was often the most out of tune, howling out songs for comic effect.

Most of the Banks family had impressive pipes, from Carlton and Ashley's battling it out for solo spot at the church, to Aunt Viv's holding an entire mall captive with her spirited singing. Uncle Phil would occasionally belt out a song, but he usually fell towards the Will end of the lyrical spectrum in terms of keeping on-key. And heaven help everyone if Jazz, played by Smith's real-life music partner DJ Jazzy Jeff, opened up his mouth to join in. Scroll on through to see the best melodic moments The Fresh Prince put a permanent stamp on over the years.