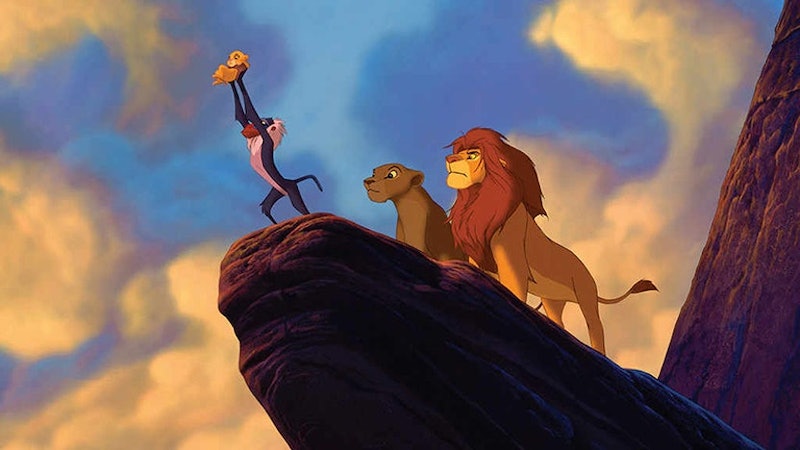 So I don't know if you heard, but this past summer, Disney went and made another Lion King. And whether or not you enjoyed seeing Beyoncé and her friends as singing lions, I think the hype around the movie made one thing clear: people still care a lot about The Lion King. I mean, the original movie came out 25 years ago and it's still regularly voted the most popular Disney flick in the U.S. The musical has been on Broadway for 22 years with no sign of closing. Even with mixed reviews, the remake made a truly sickening amount of money.

And yes, this is still the lion cartoon based on Shakespeare's Hamlet.

Simba's story has a far less tragic ending, of course, and Nala is a tad more proactive than Ophelia, but the story still follows the plot of Shakespeare's existential tragedy, right down to the whole thing where Simba's ghost dad has to remind his procrastinating son to murder his evil uncle and take back the kingdom. It's Hamlet! And the fact that Hamlet-but-with-lions is such an enduring classic is a testament to both the universality of Shakespeare's work and Disney's ability to Disney-fy anything.

If 25 years of Lion King just isn't enough, here are a few more modern stories based on Hamlet (although they might not contain quite so many lions):