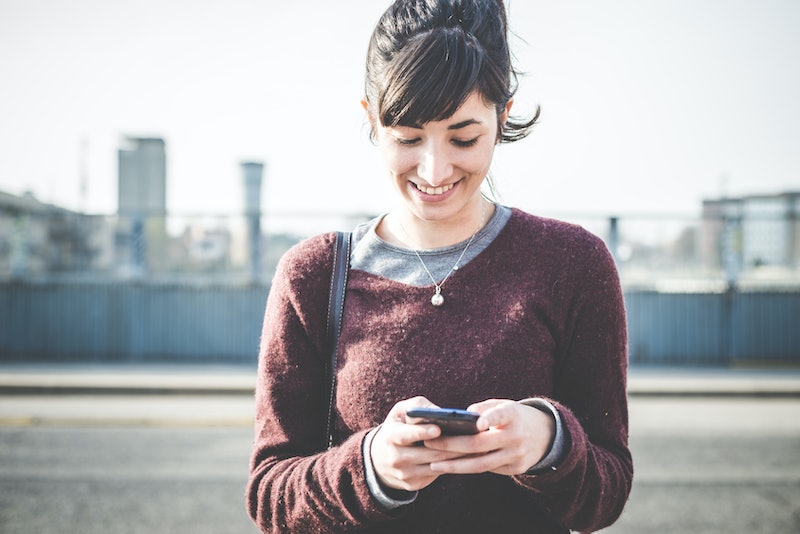 I know it doesn't sound like much of an action to take, but keep in mind: In this day and age, social media is where movements not only start, but it's where they gain the most momentum. By raising awareness about not only the fight to take down the patriarchy, but also days like International Women's Day, you're both supporting the cause as well as attracting others to join the fight. Pairing an inspirational, feminist caption on Instagram with the official website for the International Women's Day holiday isn't just gonna make a good social media post, it could also result in new social activists.

Check out these inspirational quotes below for some caption ideas.

1. "My existence is not about how desirable you find me." — Warsan Shire

2. "A boat is always safe in the harbor, but that's not what boats are built for." — Katie Couric

3. "A woman without a man is like a fish without a bicycle." — Irina Dunn

4. "The most common way people give up their power is by thinking they don't have any." — Alice Walker

5. "What is in other people's minds is not in my mind. I just do my thing." — Audrey Hepburn

6. "Feminism has fought no wars. It has killed no opponents. It has set up no concentration camps, starved no enemies, practiced no cruelties. Its battles have been for education, for the vote, for better working conditions…for safety on the streets…for child care, for social welfare…for rape crisis centers, women’s refuges, reforms in the law. If someone says, 'Oh, I’m not a feminist,' I ask, 'Why, what’s your problem?'" — Dale Spender

7. "I feel like I should be able to wear what I want, when I want, however many times I want, as long as I Febreezed it." — Tiffany Haddish

8. "The future depends entirely on what each of us does every day; a movement is only people moving." — Gloria Steinem

9. "You don't have to play masculine to be a strong woman." — Marge Piercy

10. "Of course I am not worried about intimidating men. The type of man who will be intimidated by me is exactly the type of man I have no interest in." — Chimamanda Ngozi Adichie

11. "There is no limit to what we, as women, can accomplish." — Michelle Obama

12. "Feminism isn't about making women strong. Women are already strong. It's about changing the way the world perceives that strength." — G.D. Anderson

13. "A woman with a voice is by definition a strong woman." — Melinda Gates

14. "Never be limited by other people's limited imaginations." — Mae Jemison

15. "Feminism is hated because women are hated. Anti-feminism is a direct expression of misogyny; It is the political defense of women hating." — Andrea Dworkin

Now that you have the inspiration, all that's left to do now is to grab your phone and raise awareness for International Women's Day on Mar. 8 by posting one of these quotes as a caption.