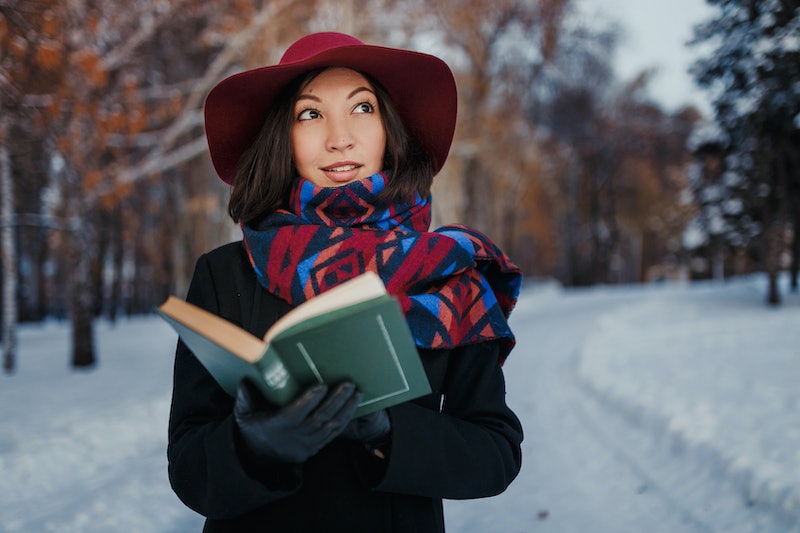 On March 8, we celebrate International Women's Day. In place since 1975, the day was created by the United Nations during International Women's Year. Falling less than two months into Trump's presidency amid a sea of protests and motions to strip women's rights, it stands as a reminder to stay united.

The U.N. defines International Women's Day as: "A day when women are recognized for their achievements without regard to divisions, whether national, ethnic, linguistic, cultural, economic or political."

On this day, we as women must take the time to recognize the feminist work that has brought us to where we are now. Only then can we look at the work we still have left to do and plan how we, together, will do it.

Even though it's been 42 years since International Women's Day was started, we have come face-to-face with a government which increasingly seems to not value women as equal. And it's just a reminder of how important this holiday is this year. Because the good news is that women are not standing down or shutting up until words like "the pay gap" only exist in history books, not mainstream society.

When Hillary Clinton spoke in 1995 at the fourth U.N. World Conference and declared, "Women's rights are human rights," it became a rallying call that still stands strong today. Follow her and other feminists who, just like you, are working towards something which should be so simple: Equality.

Here are more inspiring words from inspiring people to remind you why we fight today and every day.

1. “A woman without a man is like a fish without a bicycle.” ―Irina Dunn

2. “A feminist is anyone who recognizes the equality and full humanity of women and men.” ― Gloria Steinem

3. “It's not my responsibility to be beautiful. I'm not alive for that purpose. My existence is not about how desirable you find me.” ― Warsan Shire

4. "Feminism is hated because women are hated. Anti-feminism is a direct expression of misogyny; It is the political defense of women hating." -Andrea Dworkin

5. "We can not all succeed when half of us are held back." -Malala Yousafzai

6. “Feminism has fought no wars. It has killed no opponents. It has set up no concentration camps, starved no enemies, practiced no cruelties. Its battles have been for education, for the vote, for better working conditions…for safety on the streets…for child care, for social welfare…for rape crisis centers, women’s refuges, reforms in the law. If someone says, 'Oh, I’m not a feminist,' I ask, 'Why, what’s your problem?'” -Dale Spender

7. "You have just one life to live. It is yours. Own it, claim it, live it, do the best you can with it." -Hillary Clinton

9. “The best protection any woman can have… is courage.” -Elizabeth Cady Stanton

10. “For I conclude that the enemy is not lipstick, but guilt itself; we deserve lipstick, if we want it, AND free speech; we deserve to be sexual AND serious – or whatever we please. We are entitled to wear cowboy boots to our own revolution.” -Naomi Wolf

11. “I’ve never met a woman who is not strong, but sometimes they don’t let it out. Then there’s a tragedy, and then all of a sudden that strength comes. My message is let the strength come out before the tragedy.” -Diane von Furstenburg

12. "The education and empowerment of women throughout the world cannot fail to result in a more caring, tolerant, just and peaceful life for all." -Aung San Suu Kyi

13. “I think some big actors and musicians feel like they have to speak to their audience and that word [feminism] is confusing to their audience. But I don’t get it. That’s like someone being like, ‘I don’t really believe in cars, but I drive one every day and I love that it gets me places and makes life so much easier and faster and I don’t know what I would do without it.” -Amy Poehler

14. "Feminism isn't about making women strong. Women are already strong. It's about changing the way the world perceives that strength." —G.D. Anderson

15. "It took me quite a long time to develop a voice, and now that I have it, I am not going to be silent." —Madeleine Albright

16. "There is no limit to what we, as women, can accomplish." —Michelle Obama

17. "The most common way people give up their power is by thinking they don't have any." -Alice Walker

18. "The future depends entirely on what each of us does every day. A movement is just people moving." -Gloria Steinem

Words lead to actions and those actions can lead to a new reality — one where gender equality is the norm. Continue to fight for your mother, your sister, your best friend, your daughter, and women you'll never even meet. We are all equal, beautiful human beings, so let's make sure the world acts like it.