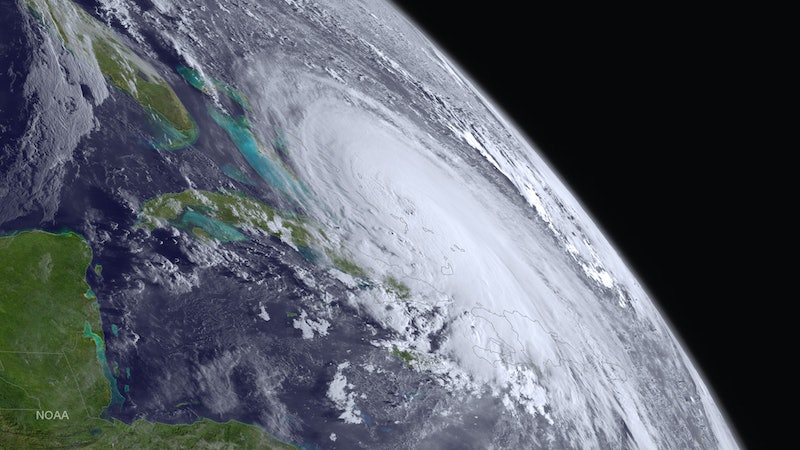 No matter how many pictures you see or articles you read about an oncoming storm, nothing seems really real until you actually see it in real life — or, at least, until you see videos of it. And believe me, there are plenty of scary Hurricane Harvey GIFs that will convince you that this thing is actually a threat. If you're anywhere near the area where Harvey might hit, now's the time for you to evacuate as quickly as possible — and if you need any convincing, just look at these clips.

If you're anything of a weather nerd, you'll know that a lot of these terrifying radar images are only projections and predictions — but it's pretty clear that there's at least going to be a lot of rain, and that means a lot of flooding potential. As you can see from some of these GIFs, the water's already getting choppy along the Texas coast, and emergency services are already clustering in the areas where they'll most likely be needed. Remember, Hurricane Harvey will probably be the worst hurricane to hit Texas since 1999 — so this is a serious situation, and we all need to remember to take it as such.