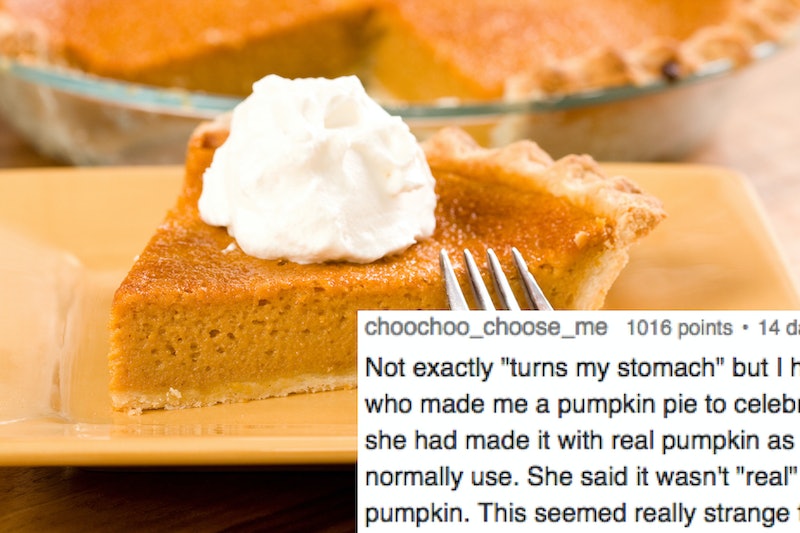 A couple years back when I first visited Paris, I thought I'd "live it up" and try fish soup, which I assumed was a clear broth with fish and maybe tender vegetables in it. I assumed wrong. The waiter brought to the table a broth made of pulverized fish, and I'm not going to explain further. My immediate thought was, "Lawd, these people like weird food," but that was horribly narrow-minded of me — a point made clear by these 17 non-Americans on America foods that repulse them.

It's too easy to judge when you don't have much perspective, and that's what I was seriously lacking during my fishy restaurant visit: perspective. In reality, America has plenty of its own "fish soups." We just don't realize it because we're used to it. If you think about it, though, some of our classic eats are actually weird as heck — likes chicken and waffles, Peeps, and hot dogs, which are literally random bits of pig or cow (or both) pulverized and stuffed in an animal intestine-casing. FAB!

You guys, our food might be even weirder than fish soup.

If you still don't see it, allow these non-Americans to remind you how strange our eating habits are.