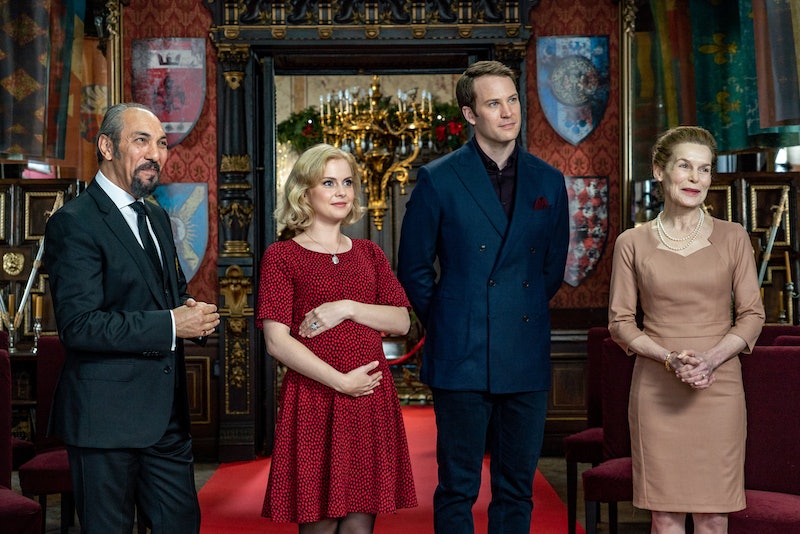 Netflix's Christmas Prince franchise isn't exactly known for its subtlety. In fact, the selling point of the film series that kicked off in 2017 is its ludicrousness. Would Martin Scorsese consider these movies cinema? Probably not, but they still make for an entertaining holiday tradition, and the most ridiculous moments in A Christmas Prince 3 prove that the newest installment in the series may be the goofiest to date.

The plot of A Christmas Prince 3: The Royal Baby is delightfully over-the-top. Queen Amber of Aldovia is nine months pregnant, expecting her first child with King Richard (whom she met in A Christmas Prince and married in A Christmas Prince 2: The Royal Wedding, if you need a refresher). But before the baby is born, the royals must perform the centennial signing of a treaty between Aldovia and its closest ally, Penglia, a Christmas tradition that has kept the peace between their nations for 600 years. But days before the signing, the treaty goes missing, threatening to upend that peace. Even worse, if the treaty isn't found and signed before midnight on Christmas Eve, an ancient curse on the first born child of the Aldovian royal couple will go into effect.

Obviously, this outlandish storyline lends itself to all sorts of wild moments, but here are the 16 most absurd ones.

More like this
Idris Elba & Tom Hollander Lead This Year’s Must-Watch Christmas Flick
By Maxine Harrison
You’ll Be Able To Stream Bullet Train Before The Holidays
By Arya Roshanian and Radhika Menon
How To Stream Knives Out 2: When Will Glass Onion Be On Netflix?
By Radhika Menon
Here’s Everything Coming To & Leaving Netflix In December
By Jake Viswanath
Get Even More From Bustle — Sign Up For The Newsletter