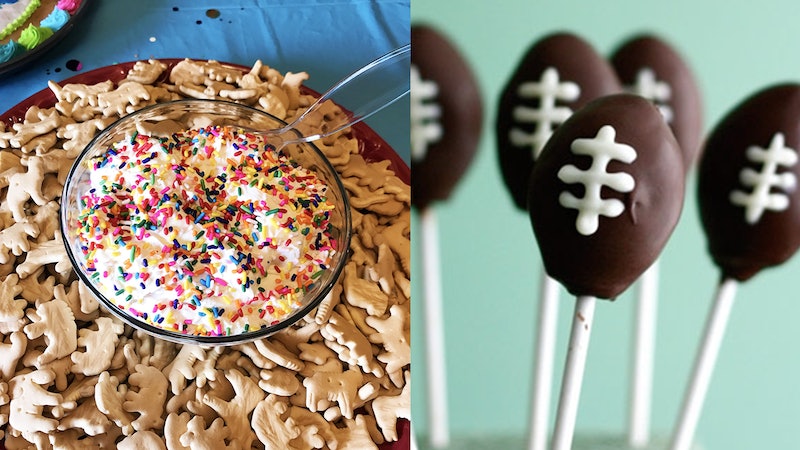 Are you ready for some football... themed desserts? If you too see the Super Bowl as yet another eating holiday, these easy Super Bowl party desserts are the sports-adjacent gift you seek. Maybe the real Super Bowl is the delicious snacks we’ll eat along the way.

It will come as no surprise that the Super Bowl is as much about food as it is about football. According to the National Chicken Council (NCC) — a group I would love to envision as just a bunch of chickens in suits — Americans are estimated to eat a whopping 1.4 billion chicken wings during Super Bowl LIV weekend, per an emailed press release. For context, that many wings would circle the Earth’s circumference. Three times.

Salty, cheesy, savory snacks are certainly a go-to for Super Bowl watch parties. In fact, the latest U.S. Snack Index from Frito-Lay claims that chips (of both the potato and tortilla varieties) are the most sought-after snacks among Super Bowl watchers. However, sweet snacks are also a key part of any Super Bowl food spread. One-in-three people expect some form of cookie at a Super Bowl party, according to Frito-Lay.

If you’re looking to up your Super Bowl dessert game but don’t want to spend hours toiling away in the kitchen, here are 17 easy Super Bowl party desserts that will satiate any sweet tooth.