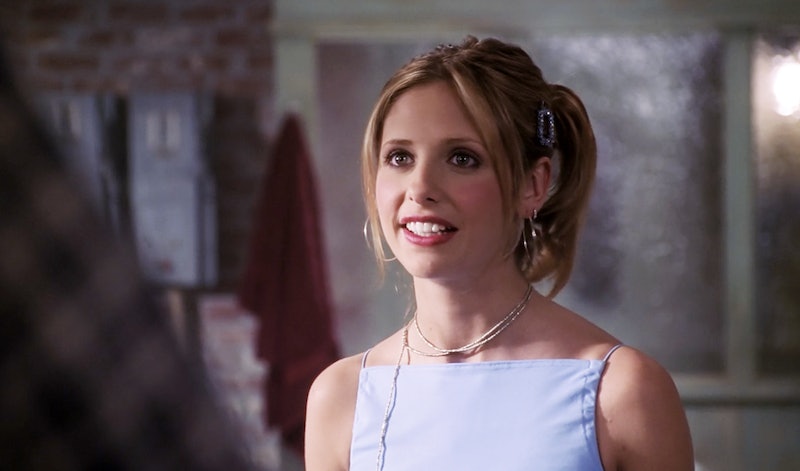 The '90s was so long ago, and the women's movement has come on in leaps and bounds since then, right? Well, sure. But that doesn't mean that the decade didn't contain a whole lot of feminist wisdom. Just look to the most feminist characters from '90s pop culture if you want to see my point. And this isn't entirely unexpected. This, after all, was the decade of the riot grrrl movement, of a surge of female representation in the male-dominated genre that was hip hop, and, lest we forget, the beginning of third wave feminism — i.e. a beginning of a mainstream focus on non-white and LGBTQ women as being essential to the movement.

In light of all that, it's really no wonder that so much of that filtered down into pop culture. The creators of one of the ultimate bro-shows of the decade, Beavis and Butthead, decided to create a spin-off focused on two politicized females, a show also known as Daria, Nickelodeon created its first show with a female lead, Clarissa Explains It All. And it was Lisa, not Homer Simpson, who provided the pulsing heart and thoughtful, liberal consciousness of the longest-running scripted show in the history of the USA. Let's reflect on some of these amazing characters.