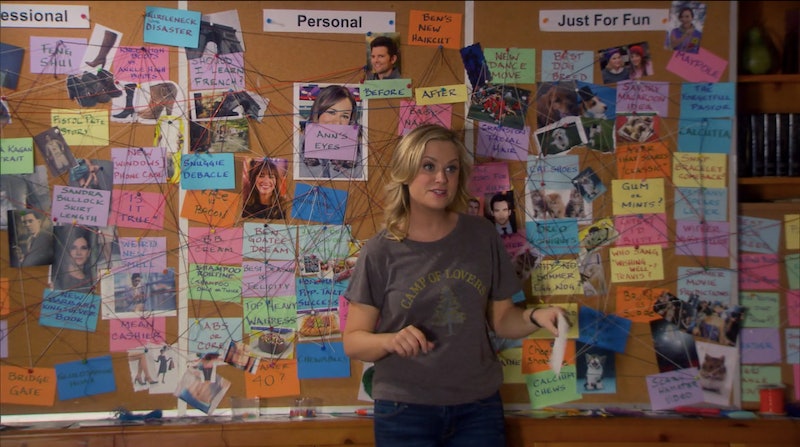 Parks and Recreation premiered in 2009, but the show is still relevant today. It may even be more relevant this year, and here are 17 lessons we can learn from Leslie Knope in 2018. In the current political landscape, it's easy to feel hopeless and want to step away all together. That's why there's no better time to turn to Leslie Knope, who was an optimistic, outspoken organizer. She never gave up, even in the face of the silliest, most tedious obstacles. Over the seven seasons of Parks & Recreation, Knope taught viewers a lot about getting things done in politics, the beauty of friendship, and why waffles are a food group.

It's true that the NBC sitcom was often goofy, but beneath the jokes, the show often gave some real lessons. In a time where a record number of women are running for public office, there's a lot to be learned from Leslie's commitment to her community and how throughout the series she stands by her values. There's just as much to take away from Leslie's supportive friendships, whether it's with Ann, Tom, or Ben.

From episode one, Leslie Knope was dishing out advice left and right. In these uncertain times, it's definitely worth revisiting Pawnee and trying to capture some of the Knope spirit. Here are some of Leslie's best lessons.