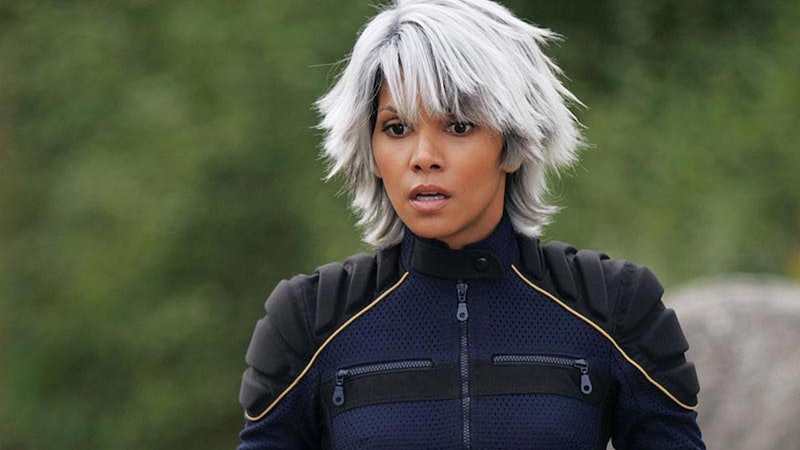 Although there's a clear lack of diversity in films and TV overall, the sci-fi and fantasy genres are particularly bad when it comes to representation. For far too long, women of color have been relegated to background players in fantasy and sci-fi movies and shows, with the genre instead being dominated by white men. But recently, there's been a change led by Black Panther, A Wrinkle in Time, and Wonder Woman, and the sci-fi world has made room for women of color to take center stage. Yet while that's absolutely worth celebrating, take the time to also honor these 17 women of color in sci-fi movies and TV shows that paved the way for heroines like Shuri, Meg Murray, and more.

Representation matters so much, and the fact that we're seeing more women of color both in leading and background roles in the sci-fi world could not be more exciting. The genre needs diversity at the forefront, and as the groundbreaking characters below show, women of color have so much to contribute to the sci-fi and fantasy universe.

Nichelle Nichols is often referred to as the "First Lady" or "Queen of Black Sci-Fi" due to her trailblazing role of Nyota Uhura on the original Star Trek series. The show eventually became a film franchise when its first movie premiered in 1979.

Watch the movie and series on Amazon.

Storm, as played by Halle Berry, is a badass superhero in Marvel's X-Men universe. She's one of the most powerful mutants on Earth and has a plethora of abilities, including the way to manipulate the weather.

Stream the first X-Men on Amazon.

Toshiko (played by Naoko Mori) is a technology whiz in an alien-fighting agency who's also created some of the most sophisticated technology in the world.

Stream the series on Amazon.

4. Queen Akasha, Queen Of The Damned

Queen of the Damned follows a vampire named Lestat (Stuart Townsend), who has reinvented himself as a modern-day rock star. His music eventually wakes the queen of all vampires Akasha (Aaliyah) and inspires her to make Lestat her lover. It's a dark love story that shows how Akasha's power is also her demise.

Elysium centers on the idea that humanity is split into two social classes in the year 2159. The rich live in a luxury space station called Elysium and the rest live in the Earth's dying ruins. Frey (Alice Braga) is amongst the many citizens who live in the ruins and is doing all she can to save the life of her sick daughter by getting treatment only available in Elysium.

A group of South London teenagers make it their mission to defend their neighborhood from an extraterrestrial takeover. Although Tia (Danielle Vitakis) doesn't receive as much action as the male leads of the movie, her wit deserves a shout-out.

7. Caroline, Rise Of The Planet Of The Apes

Rise of the Planet of the Apes follows a scientist (James Franco) in San Francisco who experiments with a drug that he hopes will cure his father's Alzheimer's disease. But instead of testing it on humans, he uses apes as his subjects, and all hell breaks loose. Primatologist Caroline Aranha (Frieda Pinto) tries to help the scientist find a solution.

This '80s classic features the life of a mystical boy named Golden Child (actually played by female actor J.L. Reate), who is kidnapped. Due to his ability to find missing children, Chandler Jarrell (Eddie Murphy) is enlisted to get the Golden Child before time runs out.

The rebellious Niobe (Jada Pinkett-Smith) is one of the most gifted martial artists from Zion, who is participating in the war against the Machines and the Matrix. She has some kickass fight scenes throughout the film that will have you wanting to take a martial arts class.

The Cell follows Catherine Deane (Jennifer Lopez), a psychologist, who has a new therapy experiment that will allow her to see what is in another person's unconscious mind. The therapy device comes in handy when an FBI agent persuades Catherine to enter the mind of a serial killer in order to find his latest victim.

A young Vanessa Lee Chester plays Kelly Curtis in The Lost World: Jurassic Park. The film's storyline is set four years after the original Jurassic Park on a deserted island where cloned dinosaurs made by scientist John Hammond (Richard Attenborough) have gone free. In order to document all the reptiles and gain control, Hammond sends his engineers to the island before financiers try to get to them.

Botanist Corazon (Michelle Yeoh) and seven other crew members venture into space in their last efforts to save the planet because of the dying sun spells that could end humanity. However, in their attempt to save the sun, their spaceship enters a tailspin that makes the mission even more desperate.

After transferring to a new high school, Sarah (Robin Tunney) finds that her telekinetic gift attracts her to a group of three wannabe witches. Bonnie (Neve Campbell), Rochelle (Rachel True) and Nancy (Fairuza Balk), want Sarah to be the fourth member in their group rituals. Together the ladies combine their powers and find themselves in a heap of trouble.

A pilot (Charlie Hunnam) and a trainee (Rinko Kikuchi) take on mankind's fight against a legion of monstrous creatures called Kaiju.

Auntie Entity (Tina Turner) rules an evil town upon which Max (Mel Gibson) discovers. There, he becomes a skilled gladiator and soon gets left in the desert where orphans rescue him.

Michelle Rodriguez and Milla Jovovich play leaders of a team who must break into "the hive" at an underground genetics laboratory, where a deadly virus has taken over. The team only has three hours to shut down the lab's supercomputer before the virus overruns the Earth.

The famous film centers around the lush alien world of Pandora, where the Na'vi live. Former paralyzed Marine Jake Sully (Sam Worthington) finds out he can become mobile again through Avatar connection and falls in love with Neytiri (Zoe Saldana). As love between the two grows, a battle for the Avatar world ensues.

All of the characters listed (plus the actors who play them) deserve more attention, for they broke serious ground in the sci-fi and fantasy genres.

More like this
What’s New On Netflix: 'Never Have I Ever' & 'Indian Matchmaking' Return
By Arya Roshanian
What’s New On Netflix: 'Bridget Jones’s Diary' & 'Monster-in-Law'
By Arya Roshanian
Here’s Everything Coming To & Leaving Netflix In August
By Jake Viswanath
Amanda Seyfried Says She Felt Pressured To Shoot Nude Scenes At 19 Years Old
By Jake Viswanath
Get Even More From Bustle — Sign Up For The Newsletter