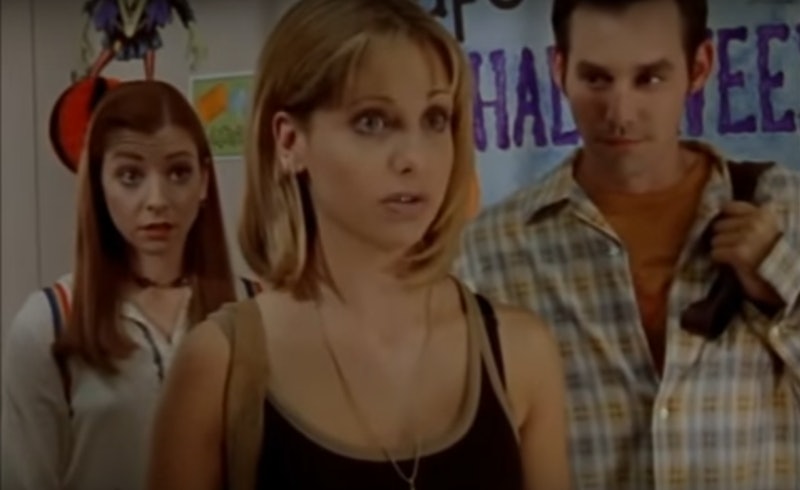 To anyone who isn't a fan, it might sound like an exaggeration to suggest that Buffy The Vampire Slayer was a life-changing show. But to those of us who grew up watching (and have rewatched it countless times since), we know this to be an absolute fact. Considering that Buffy celebrated its 20th anniversary recently, this is no small feat: All this time later, fans are still completely wigging out over the show. I think that says everything you need to know. It wasn't just that watching the series gave you a sweet reprieve from the pains of adolescence either; there were some genuine, gigantic ways that Buffy changed your life as a kid. And I think it's time to celebrate them.

Personally, I know for a fact that I may not have made my way out of my teenage years in one piece, if not for this show. It gave me an escape, but it also inspired me to remain strong, fight my corner, and lean on my friends in times of crisis. Buffy was a feminist masterpiece, and it spoke to young women in a way that many other shows aimed at the same group failed to do. That meant a lot when I was a kid. But there are also plenty of other ways that Buffy impacted fans, like me, as they grew up.