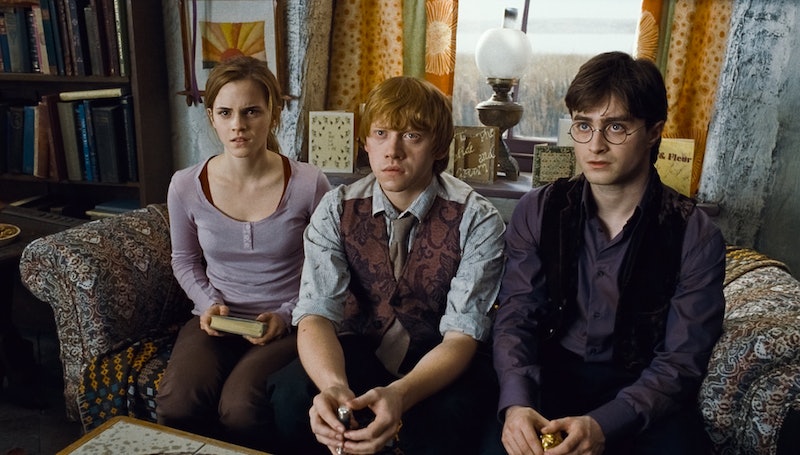 Two decades after the first Harry Potter book hit the shelves, we have now entered into a new era, one where a new generation of Harry Potter fans have all seen the movies without reading the series. While many O.G. HP fans might be horrified at the very idea of prioritizing the films over the books, it's sadly becoming a norm, and that's a shame. Those new fans have no idea what they're missing. They might never know the joy of these 19 things the Harry Potter movies didn't feature, which still bother fans of the books.

Obviously, it's impossible for any movie to take everything from the books and put it on screen. And, as anyone who stayed up for 48 hours straight to finish Harry Potter and the Order of the Phoenix in one sitting knows, true faithfulness to the source material would mean 30-hour movies. Still, some of the very best storylines and scenes were sacrificed when it came time to make the Harry Potter movies, and that's something fans will never forgive. Stan Shunpike as a Death Eater? Gone. Drunk and depressed house elves? Nope. Emotional Dudley goodbye? Left on the cutting room floor. And, yes, Harry Potter fans are still mad about it.