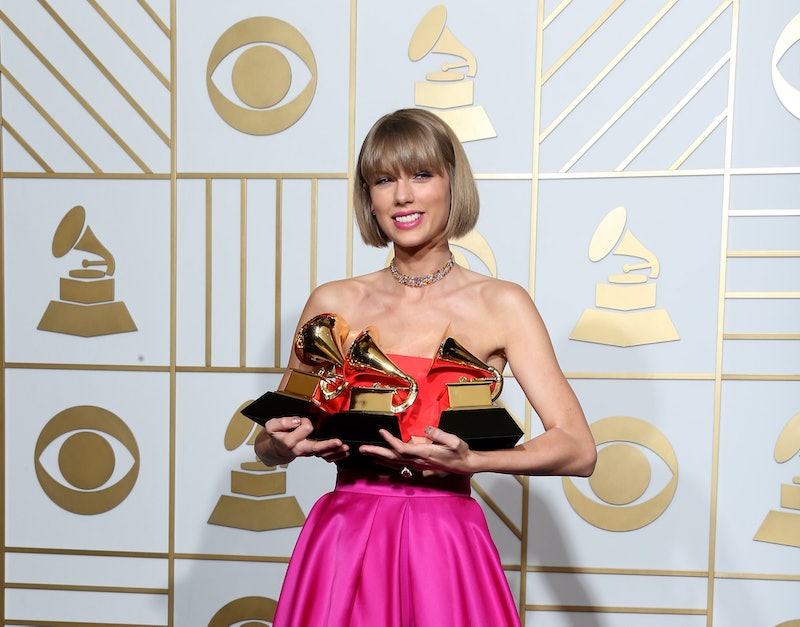 Now that the list of the 2018 Grammy nominees has finally been announced, it's a time of celebration for many artists. There are also those, however, who may be wondering why their name wasn't listed. While male artists like Childish Gambino and Bruno Mars dominated the major categories — including Album Of The Year and Record Of The Year — fans may have been wondering where some of their favorite female artists were. Those are the names that may be added to the list of 2018 Grammy snubs, but, for all those names that were surprisingly missing, not every snub was a bad one.

Sure, it looks like what Taylor Swift did this year didn't seem to warrant a nomination, but it did allow new names like Julia Michaels, Alessia Cara, and SZA — all nominated for this year's Best New Artist — a chance to shine. Rihanna may have been an afterthought for her single "Wild Thoughts" with DJ Khaled, but Carrie Fisher may just earn her first Grammy a year after her untimely passing.

This is all to say that, when it comes to the Grammy nominations, like life, you have to take the good with the bad. And overall, this year's Grammys, which air Jan. 28 on CBS, may have been surprising, but wasn't all bad for your favorite female artists.

More like this
Joe Alwyn Reacts To Taylor Swift Earning An NYU Doctorate In A Rare Interview
By Jake Viswanath and Nicole Pomarico
Spice Girls’ Net Worth: The Richest Member Is Wealthier Than The Rest Combined
By Hugh McIntyre
Doja Cat Needed Tonsil Surgery & Now She Can't Eat Taco Bell's Mexican Pizza
By Jake Viswanath
Britney Spears Thanks Fans After Miscarriage & Explains Why She's Writing A Book
By Jake Viswanath
Get Even More From Bustle — Sign Up For The Newsletter