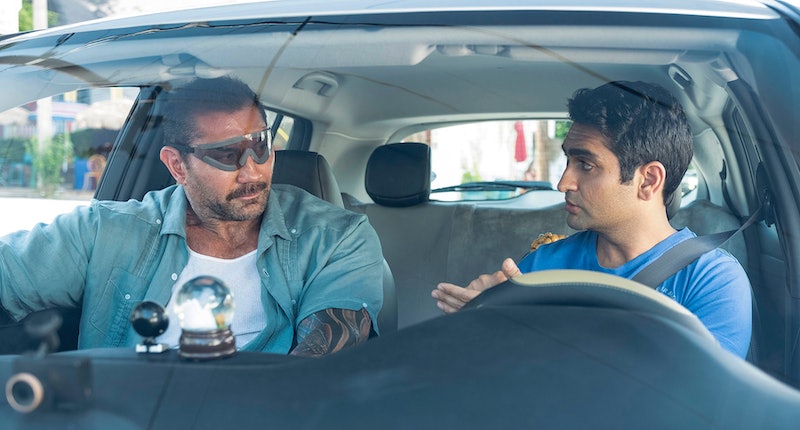 Popular film genres ebb and flow. These days, everyone is doing superhero movies. In the 1940s, film noir was all the rage. In the '50s, sci-fi was in vogue. In the '60s, westerns were huge but have all but disappeared today. But one genre that has remained popular are buddy movies like Stuber. The upcoming film stars Kumail Nanjiani as an Uber driver who ends up being taken for a wild ride when he picks up a super cop played by Dave Bautista. And despite the modern setting of an Uber, the movie still adheres to the classic buddy movie formula.

A buddy movie should feature two clear leads: no more, no less. These two leads should either be best friends to start and then go on an adventure together that challenges their friendship (like in Superbad or Dumb & Dumber), or they should be polar opposites who do not get along but become friends thanks to an adventure they reluctantly go on together (think Planes, Trains, and Automobiles or The Heat). Stuber fits into this latter category, and though the film's trailer doesn't show its two leads becoming BFFs, you can bet dollars to donuts that they'll be pretty close by the film's end.

But that formula didn't just appear out of thin air. Films like Stuber have been around forever, and as you can see from the 21 buddy movies currently streaming below, they come in all shapes and sizes.