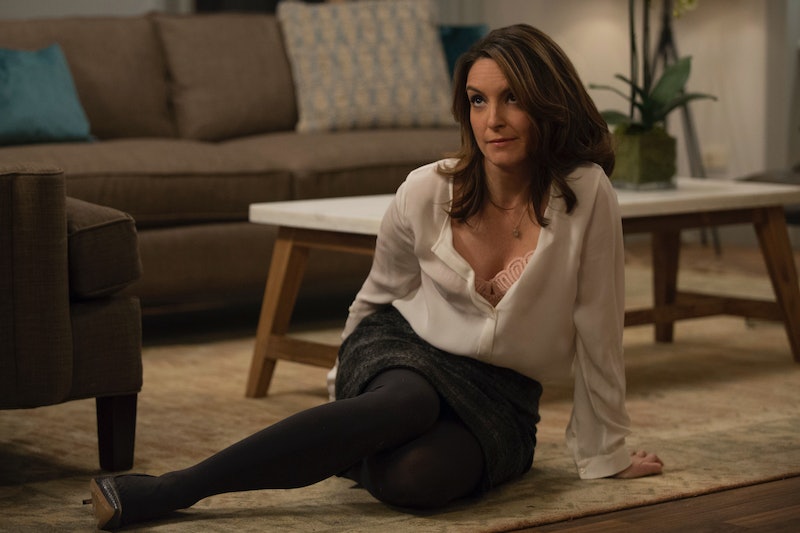 By now many of you have probably worked your way through the final episodes of Unbreakable Kimmy Schmidt and are currently experiencing a wave of sadness at the realization that this series has taken its final bow. Saying goodbye to a show is never easy, but when it involves such a memorable cast of characters, the loss seems even greater. But it wasn't just the main stars that made this show so iconic — the guest stars on Unbreakable Kimmy Schmidt proved to be just as unforgettable as the series regulars, which makes the end of the show all the more heartbreaking. Because not only are we losing the main cast, but we're also losing the iconic guest stars as well.

Of course, it's worth noting that this goodbye may not last forever. More and more television shows are getting rebooted these days and there's already talks of an Unbreakable Kimmy Schmidt movie happening at some point in the future. So not all hope is lost just yet. But it's doubtful that even a full-length, two-hour movie would be able to fit in all the side characters that popped up throughout these past four seasons. Which is why it's time we take a moment to honor some of the best guest stars from Unbreakable Kimmy Schmidt that helped make the series what it was.

Kimmy and Titus may be the show's focal point, but these special appearances proved to be the cherry atop this comical sundae.

Who could forget the epic plot twist at the end of Season 1, where it was revealed that the evil Reverend Richard Wayne Gary Wayne who had kept Kimmy and her fellow mole women locked in a bunker for all those years was played by none other than the former Mad Men star. Don Draper, look what you've become!

Not only did Fey serve as executive producer for the series, but she proceeded to pop up in two different guest roles: once as the prosecutor in Kimmy's case against the reverend (which included a memorable Marcia Clark parody) and again as Kimmy's therapist, who one could argue has a little bit of a drinking problem.

Goldblum played Cyndee's therapist, Dr. Dave, who ended up not having her best interests at heart. Unlike the Goldblum himself who the perfect specimen of a human being and can do no wrong.

His cameo was brief, but highly memorable. Jackson took on the role of a cashier who proceeds to explain the plot of Dawson's Creek, a less-than-subtle nod to his Pacey Witter days. Was this merely placating to fan emotions? Most definitely. Did we mind? Absolutely not.

The actor's portrayal of serial murderer Robert Durst was equal parts hysterical and disturbing all at the same time. He definitely got all the mannerisms down, but it definitely makes you question Lillian's taste in men.

Sure he played a real jerk in the form of Russ' brother, Duke Snyder, but even that couldn't diminish the actor's undeniable charm. (Plus, he'll always just be Will Gardner to us.)

The former Friends star was perfectly cast as Kimmy's mother. In fact, are we entirely sure Kudrow and Ellie Kemper aren't actually related IRL?

Sedaris appeared on the show several times throughout the show's run as Mimi Kanasis, a divorcée who shared most of her scenes with Jacqueline (Jane Krakowski) and added an extra level of hilarity to every scene she was in.

As the daughter of Lillian's love interest Artie Goodman, her character is always trying to find ways to get her hands on her father's inheritance. Unfortunately for her, she seems to have met her match in Lillian. Fortunately for us, these two prove to be quite the comedic duo.

The SNL star plays the reverend's ex-girlfriend who claims she had no idea he was keeping women locked in an underground bunker for years.

His character, Fran Dodd, is a men’s rights activist who leads the resistance in the "war on men." Because, you know, it's just such a scary time being a man these days. The character himself may not be all that likable, but his presence helps to make a profound point.

Dern's character, Wendy Hebert, wanted to marry the reverend, which seems like an extremely foolish move on her part. But come on, this is Laura Dern we're talking about — how could she not be on this list?

Because who doesn't love when a celebrity actually plays themselves?

If you loved her in Girls, then odds are you were thrilled to see her play hipster Sue Thompsteen. Our only complaint is that she wasn't in more episodes!

Who could forget Jacqueline's boyfriend, Russ? This character was particularly memorable due to the fact that he was played by both Arrested Development star David Cross and Game Night actor Billy Magnussen. It's complicated.

Page's character, Keith, briefly dated Kimmy. Sadly, things didn't work out, but it was fun while it lasted.

As Kimmy's GED teacher who cared very little about the students in his class (if at all), Kind's character wasn't exactly what you would call nice, but it sure was amusing to see him come face-to-face with the likes of Kimmy.

The actor is barely recognizable as the plastic surgeon from Season 1, but no disguise is capable of hiding Short's stellar comedic timing and overall talent.

Jacqueline met her match in frenemy Deirdre Robespierre, a New York housewife who can deliver backhanded compliments like no other. If we weren't so scared of her, we'd want to be her.

Our only regret is that he didn't show up earlier to give Jacqueline the love interest she always deserved.

The actor may gravitate to more serious roles, but his appearance in the second half of Season 4 proved that he has a talent for comedy as well. Someone cast this guy in a rom-com ASAP!

Needless to say, Kimmy Schmidt may be done, but these characters and the laughs they gave us will last a lifetime.

More like this
Nicola Coughlan Shared A Lady Whistledown Excerpt From ‘Bridgerton’ Season 3
By Grace Wehniainen, Alyssa Lapid and Sam Ramsden
Here's When 'The Crown' Season 5 Will Premiere — And What To Expect
By Bustle Editors
These 25 International Horror Movies On Netflix Prove Fear Is A Universal Language
By Bustle Editors
Twitter Is Pouring Out Some Zhampagne As ‘Schitt’s Creek’ Leaves Netflix
By Brad Witter
Get Even More From Bustle — Sign Up For The Newsletter