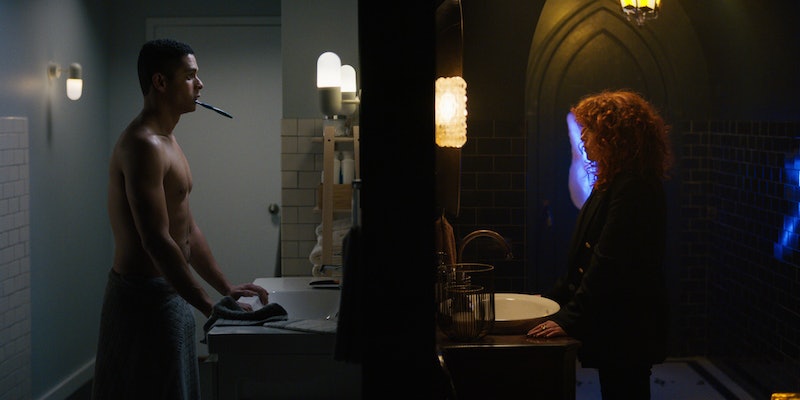 Fans of Netflix's timey-wimey new series may be looking for other shows and movies like Russian Doll to fill the void after they finish the terrific but all-too-brief eight episodes. If you're anything like me, you may have found yourself caught in a kind of time loop of your own while marathoning the show: just when you got to the end, you blinked and suddenly it was all starting over from the beginning! Or, OK, maybe you chose to immediately watch the whole thing over again as soon as you finished to catch all the little things you missed the first time and there's nothing supernatural going on. Either way, in order to break the loop, you may have to find something else to capture your attention STAT — or you'll just end up watching Russian Doll a third (or fourth or fifth) time.

Fortunately, there's no lack of other material out there to consume if you find yourself drawn to the cyclical nature of Russian Doll's format. Some may have accused co-creators Natasha Lyonne and Amy Poehler of ripping off Groundhog Day or Happy Death Day, but those aren't the only two films to explore this trope before — and Groundhog Day wasn't even the first!

Time loops are great narrative devices: they can be used for drama, action, sci-fi, horror comedy, you name it. Here are 24 other works that explore the idea of being trapped in a loop… whether literally, figuratively, or spiritually.